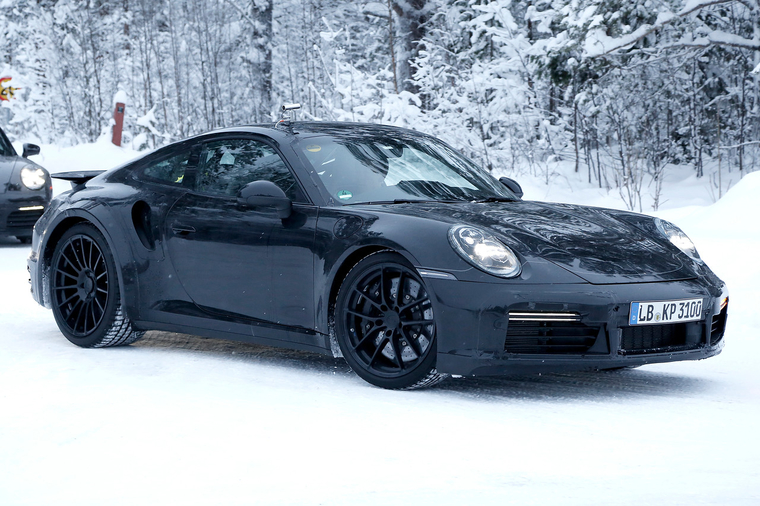 Porsche is going full throttle with the development of the next-generation 911, due in 2019, and here are the best shots yet of what’s to become the new 911 Turbo, likely due just months after the basic 911.

Like the base model, the Turbo will get a straighter front skirt and a straight front edge of the front hood. The front wings will grow and clasp around the headlights. The Turbo-typical horizontal air inlet in the hood will be featured again and so will, of course, the air intakes behind the doors. Huge air intakes in the front bumper, the extendable spoiler lip plus a pair of double daylight running lights will round off the 911 Turbo. Oh, and once again it’s growing in width.

Inside the cabin, the new Turbo might feature Audi’s digital Virtual Cockpit. Under the rear trunk, the car retains turbocharged engines, powering either the “regular” Turbo or the Turbo S. That top-of-the-range model might crack the 600hp barrier, and will get pretty close to a time of 2.5 seconds for the 0–60 sprint. All-wheel drive will retain standard, but the price tag for the Turbo S might well show a figure far beyond today’s $191,000 price tag. 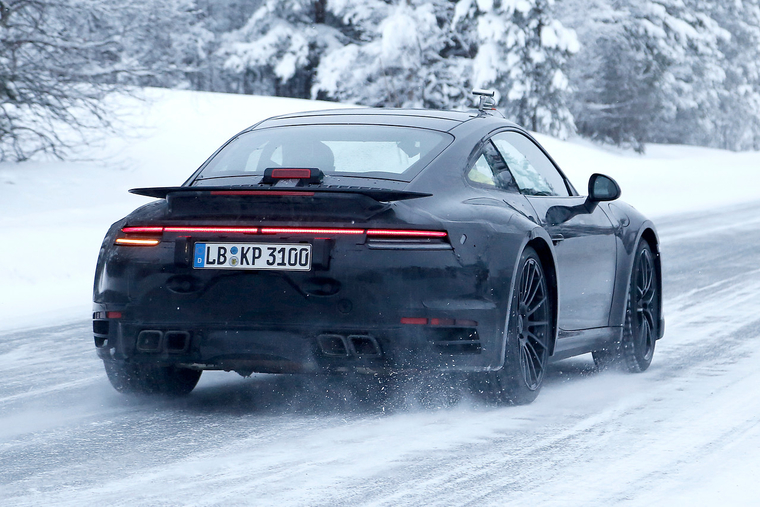