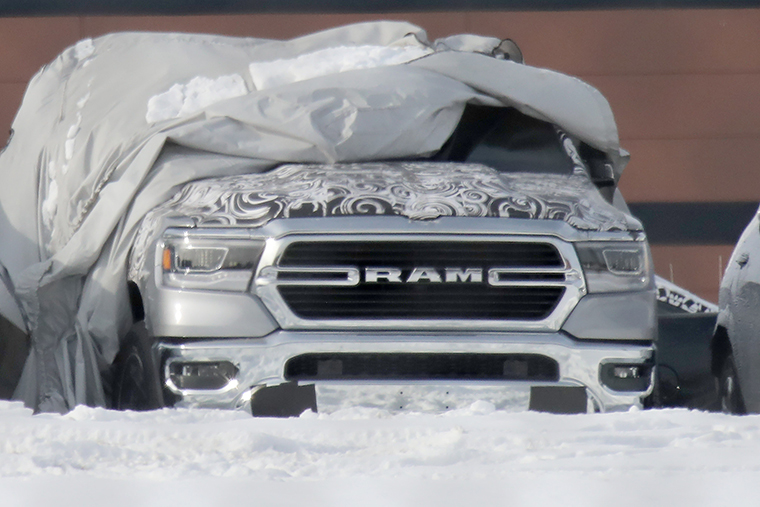 This is the ’19 RAM 1500 with its face completely revealed before its Detroit debut. Earlier shots offered an almost unobstructed view, but this is the whole enchilada.

Continuing with the steel body for the RAM 1500 is a break from Ford’s pattern for weight savings on a fullsize truck. Apparently, FCA decided that a more traditional, predominantly steel RAM is the right path for its next-generation truck.

Other details of the RAM 1500 have been firmed up ahead of its debut next year. Coil springs with optional air suspension are likely to continue, and will be joined by a larger passenger cab and new tailgate options. A hybrid and turbocharged four-cylinder are possibilities, but a more powerful V8 and Raptor-fighter are also rumored. 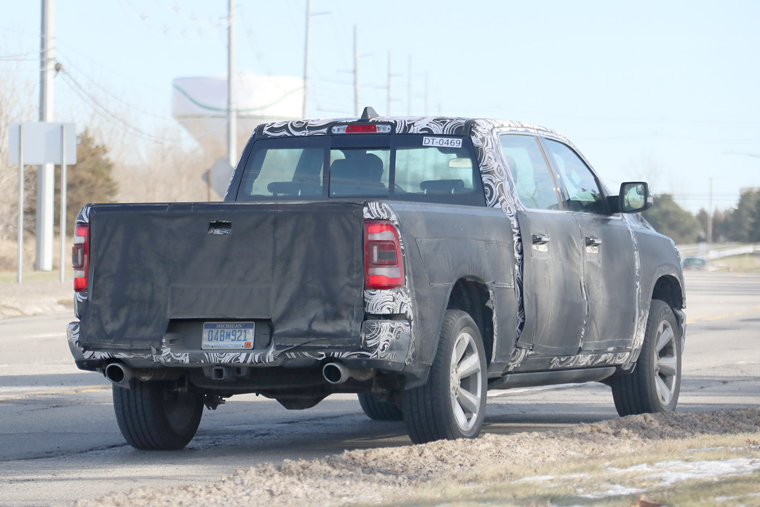