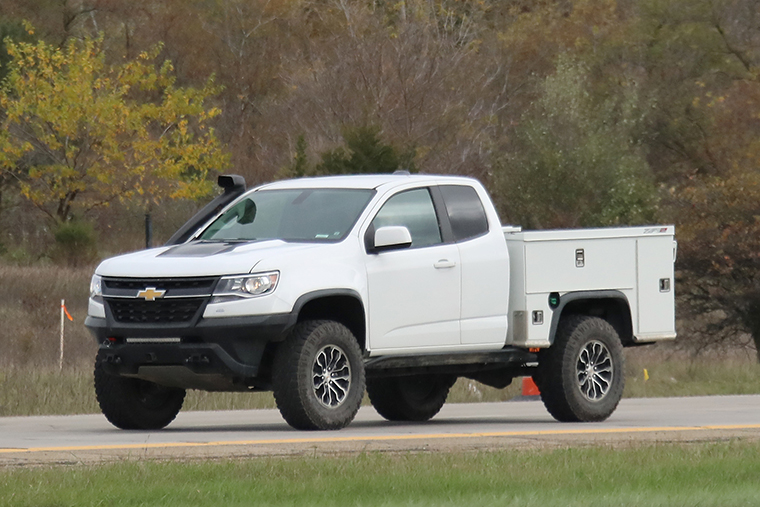 This is what appears to be an additional prototype for the Chevrolet Colorado Utility Truck.

Chevrolet built a concept/prototype version of a Colorado modified to be a utility truck earlier this year, showing it to various truck groups as a potential alternative to fullsize models. But now, a modified version of that truck has been spotted testing, suggesting it could be added to a ZR2-style truck (the addition of a snorkel, white LED reverse lights, a revised rear bumper, a ZR2-badged tailgate, and a different M plate can be seen on this truck).

The test model features the raised ZR2 ride height and more aggressive wheels and tires, plus a snorkel. Yet, it continues with the utility truck’s rear design that includes a modified bumper and side boxes.

If it ever comes to production, expect it to be announced sometime next year. 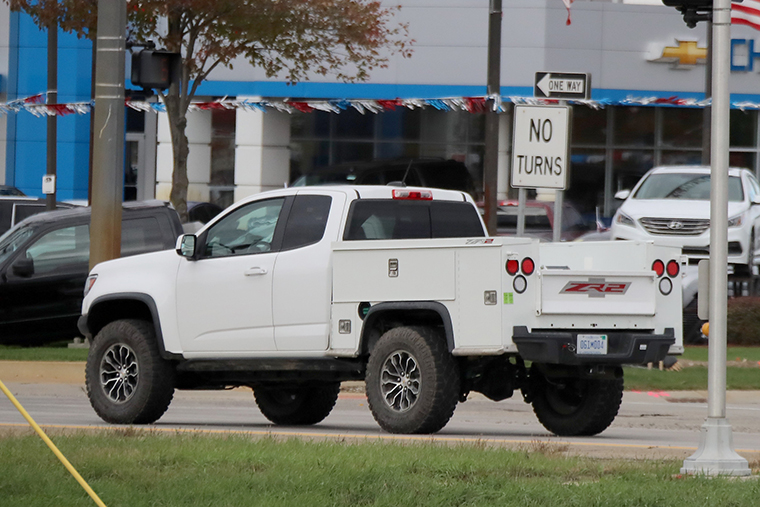