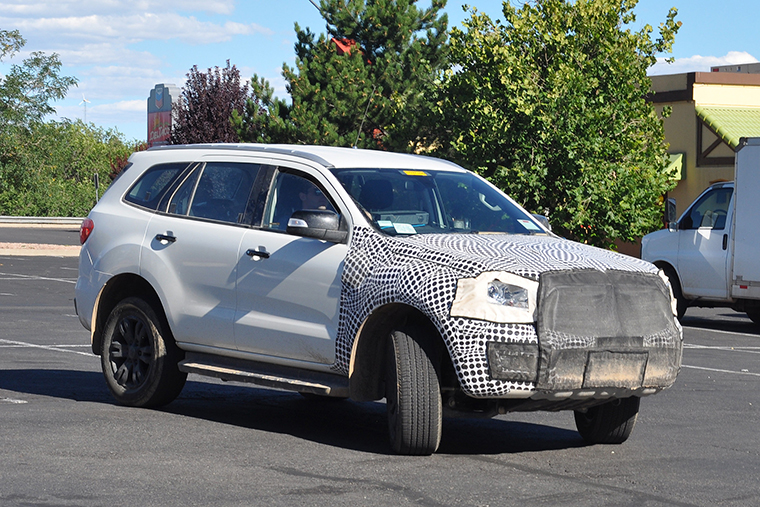 Are we looking at the first shots of a mule for the upcoming Ford Bronco? Sources inside the blue oval wouldn’t outright confirm, but hinted as much with these exclusive shots.

Underneath this Everest body should be the underpinnings of the Bronco, spotted testing with prototypes of the new Ranger pickup (Raptor, Wildtrak and Regular crew) that will share a number of components with the midsize SUV.

The Bronco name will return after a 20-plus-year hiatus on a new truck-based SUV that will be built in Michigan. It’s expected to compete with the Jeep Wrangler and Toyota 4Runner. Power will likely come from turbocharged four- and six-cylinder engines, though diesel and hybrid variants are possible. 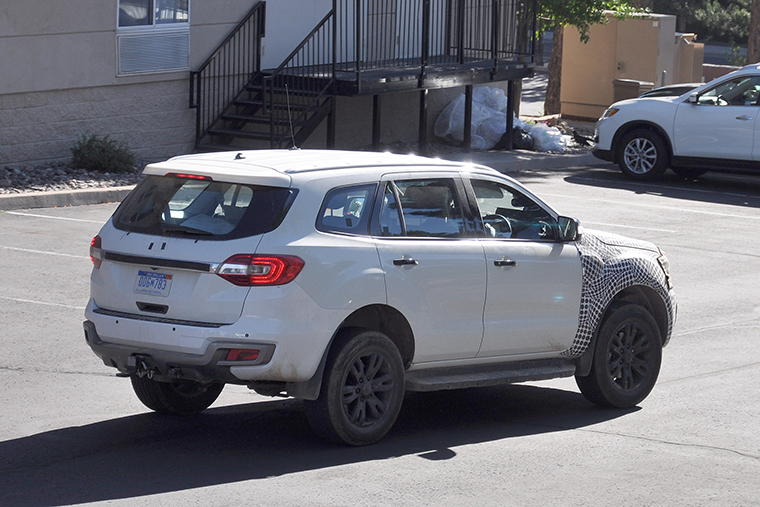