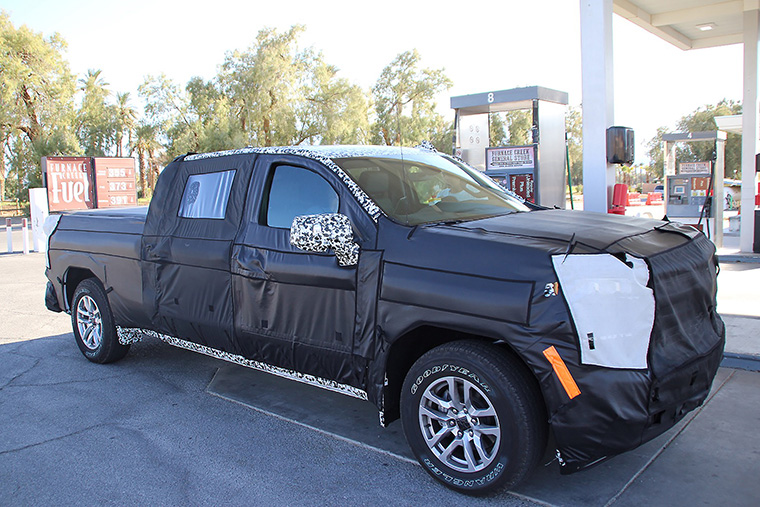 This is a first look and confirmation of the ’19 Chevy Silverado 1500 Diesel.

The new Silverado caught at the diesel pump in Death Valley, California, confirmed what we had already suspected for a while. On top of having diesel pumped into the truck, 100% certainty can be gleaned from the fuel door cover, which reads “Ultra Low Sulfur Diesel Fuel Only.”

The new Silverado will continue with refinements on the current V8 engines, but will also get a diesel option on the half-ton models—currently heavy-duty trucks are equipped with the Duramax diesel—and a turbocharged V6 is also likely to join the lineup. A 10-speed automatic first seen in the Camaro ZL1 will find its way into at least some trucks at launch. 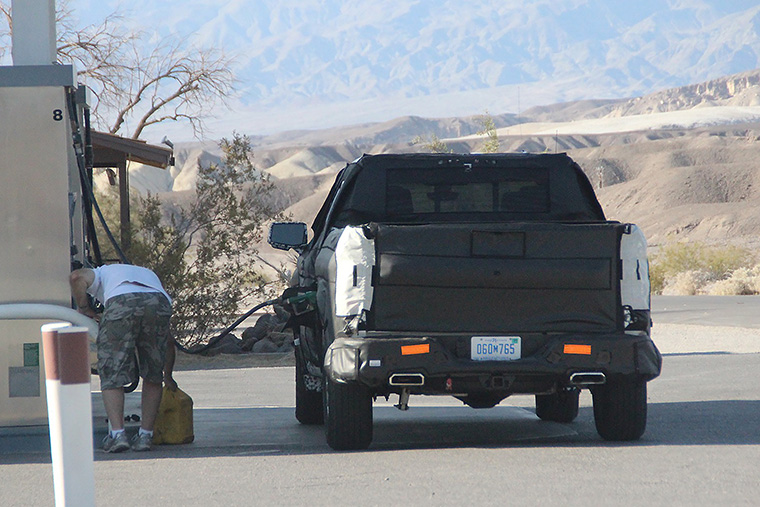