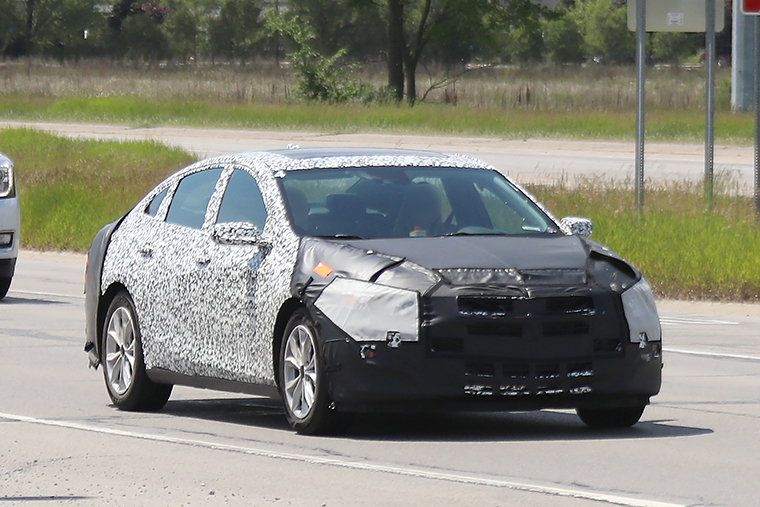 This is the ’19 Chevy Malibu, caught testing near GM's Milford proving grounds.

The Malibu will go in for a modest facelift next year to keep it fresh among falling midsize sedan sales. While the current generation has been far more popular than its predecessor, Chevrolet isn’t resting. The prototype covered in camo suggests both the front and rear ends of the vehicle will undergo noticeable changes, although they’re most likely to consist of new lights, bumpers and a new grille.

It’s hard to see the interior, but expect it to stay in line with recent Chevy introductions, such as the Equinox. More advanced driver-assistance technologies are also likely.

A 1.6L turbodiesel four seen in the Cruze and upcoming Equinox is likely to land in the Malibu, too, mated to a nine-speed automatic that was added for ’17. Other powertrain changes will likely be minor.

Expect to see the ’19 Malibu next spring. 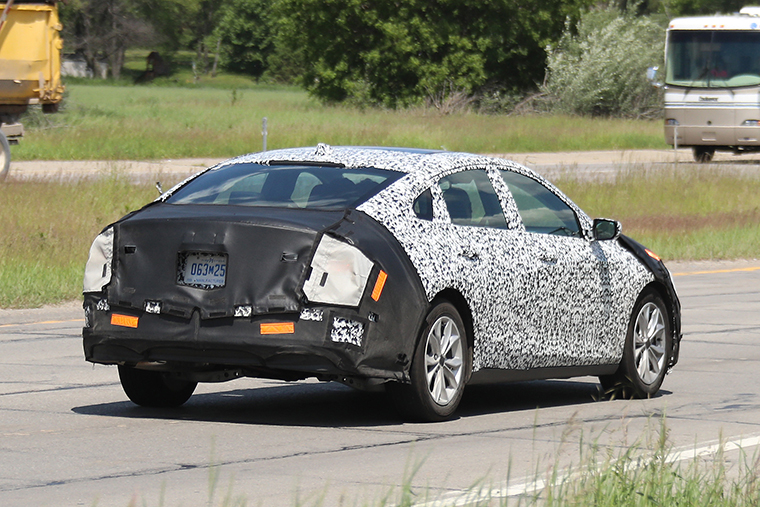