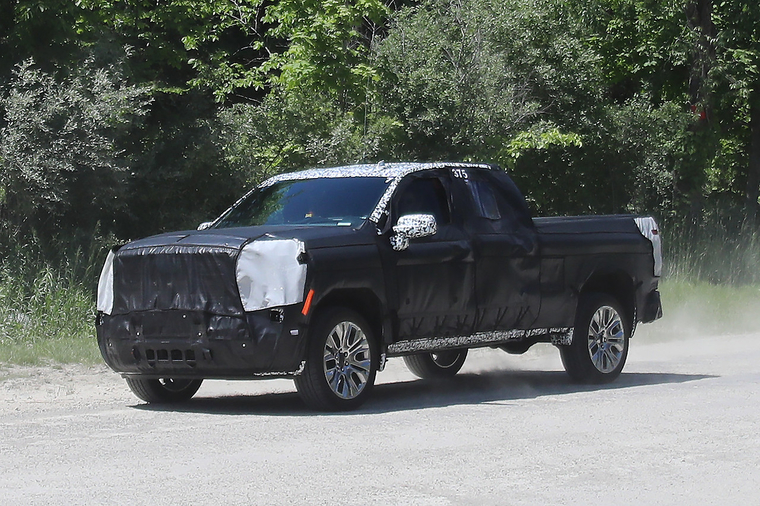 This is the next-generation GMC Sierra 1500, caught for the first time in Denali trim, and also a double-cab variant (Sierra/Silverado).

Like the similar Chevrolet Silverado, the Sierra will get a major redo for 2019 with an aluminum-intensive body to save weight, as the Ford F-150 has already adopted. But it will sport styling much like that of the current model, including an innovative running board that seems to also incorporate a step up into the bed.

A turbocharged V6 option is also said to be on offer with the new generation of GM trucks, as is a diesel V6. The 10-speed automatic already seen in the Camaro ZL1 should replace the current eight-speed unit in many, if not all, versions of the Sierra. A brake-by-wire system will also debut here, and an air suspension such as the one on the Ram 1500 trucks may also be offered on the Sierra for the first time.

The Sierra should be revealed next year, with an on-sale date late in 2018. 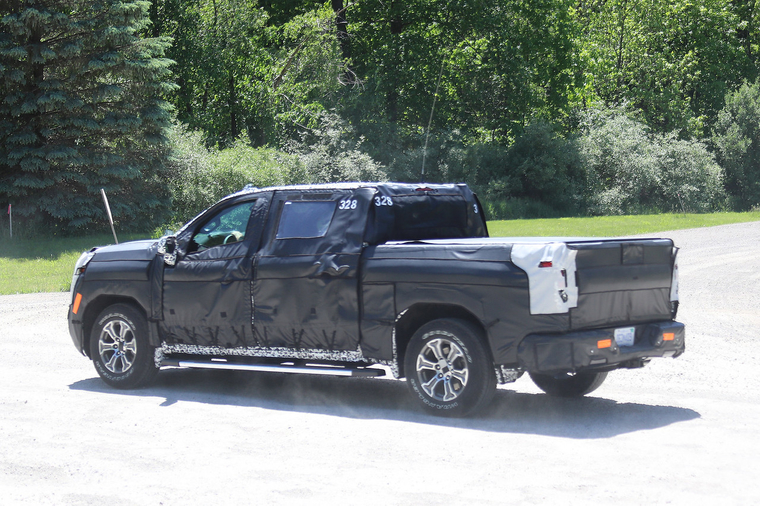