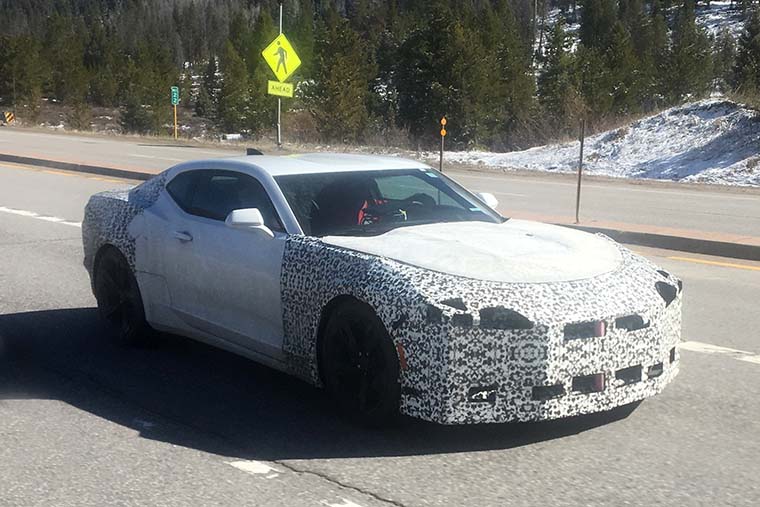 This is the ’19 Chevy Camaro, caught while testing in Colorado.

The Camaro will get a mid-cycle lift next year. Based on the camo on this prototype, the front and rear of the standard models will get some comprehensive changes from the A-pillar forward and at the rear. 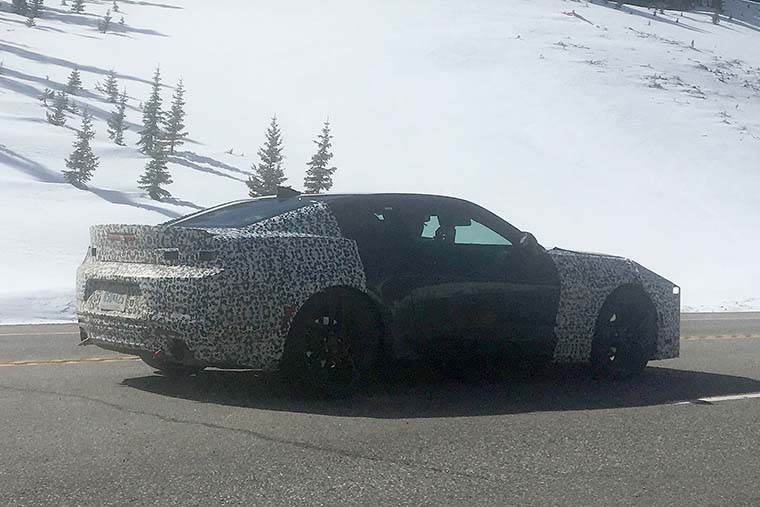