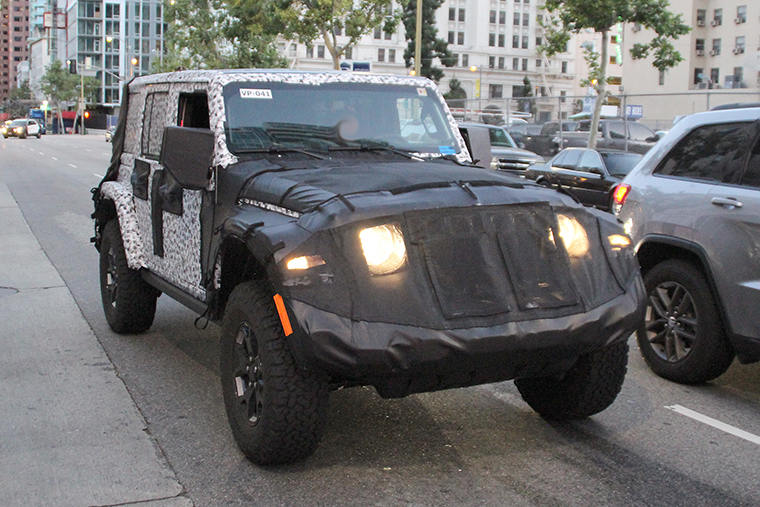 This is the ’18 Jeep Wrangler, spotted in Downtown Los Angeles.

Mechanical details are expected to include significant amounts of aluminum in the name of weight reduction, although the body will be mostly made of steel. A new 2.0L turbo four, dubbed “Hurricane,” is slated for the Wrangler as a more fuel-efficient option. The Pentastar V6 and eight-speed automatic will be the mainstream powertrain, although the big news will be a 3.0L V6 turbodiesel for North America and likely global markets. A hybrid powertrain is also rumored, but a six-speed manual is confirmed to be available.

Expect to see the new Wrangler in the coming months. 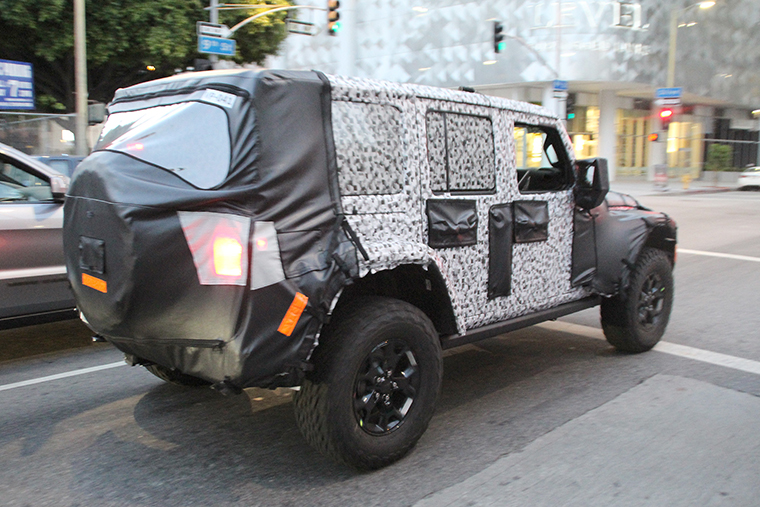