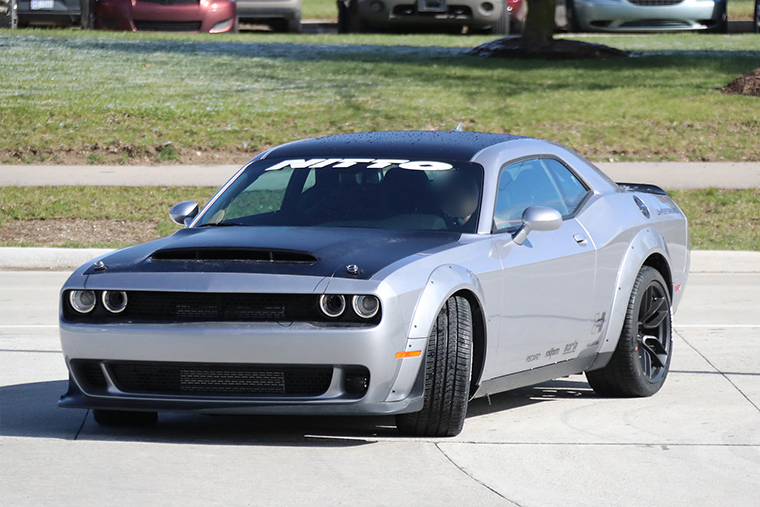 This is the ’18 Dodge Challenger Demon ADR, caught getting in some last-minute testing before its New York City debut.

FCA hinted at a widebody Challenger last year, and then announced a Demon variant would be even more performance-oriented than the 707hp HellCat that currently sits atop the Challenger lineup.

The American Drag Racer (ADR) variant will get a wider stance than existing Challengers accompanied by a modest facelift for the entire lineup—the last before the next-generation models come out in 2020 or so. The Demon should prove to be even more powerful than the HellCat, with some sources guessing an output of nearly 800 hp from a further modified version of the supercharged 6.2L V8.

While all-wheel drive is coming to the Challenger, it probably won't be mated to the V8.

Expect to see the Demon ADR next week, with a fall on-sale date. 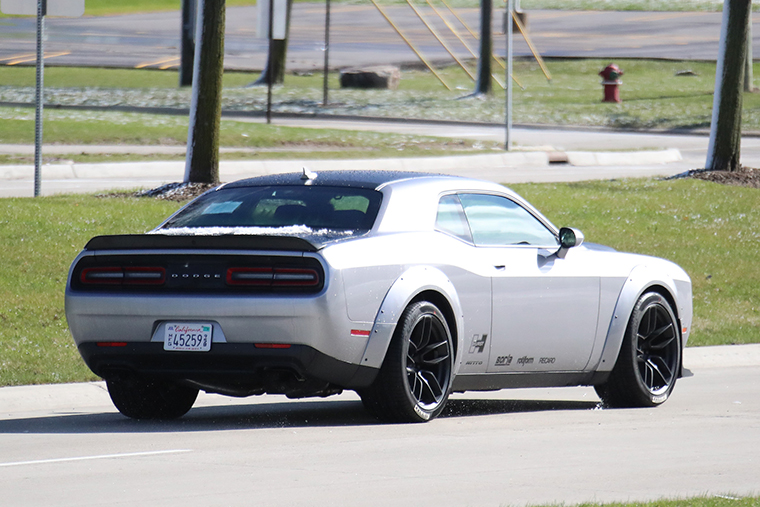