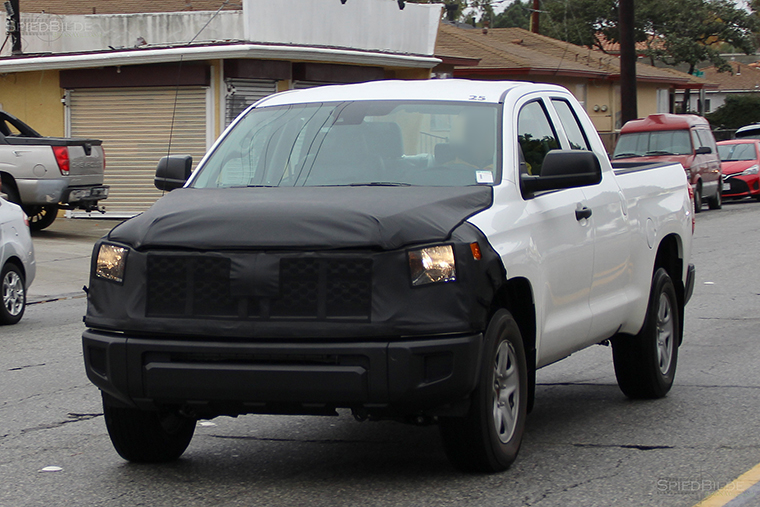 This is a revised Toyota Tundra, caught testing Southern California.

Toyota is looking to give the Tundra another update before a new version appears sometime around 2020. This model’s camouflaged front end makes it appear that the revisions will be far less comprehensive than the ones the truck received for 2014.

Expect a new grille, hood, headlights and revised trim pieces to keep the Tundra fresh for another couple of years. Some engine tweaks may also be in the works. A new 10-speed automatic that first appeared in the Lexus LC and LS models is also slated for all of Toyota’s rear-drive vehicles, including the Tundra, but it’s not clear if it will show up before the redesigned Tundra appears.

Expect to see this Tundra revision this year. 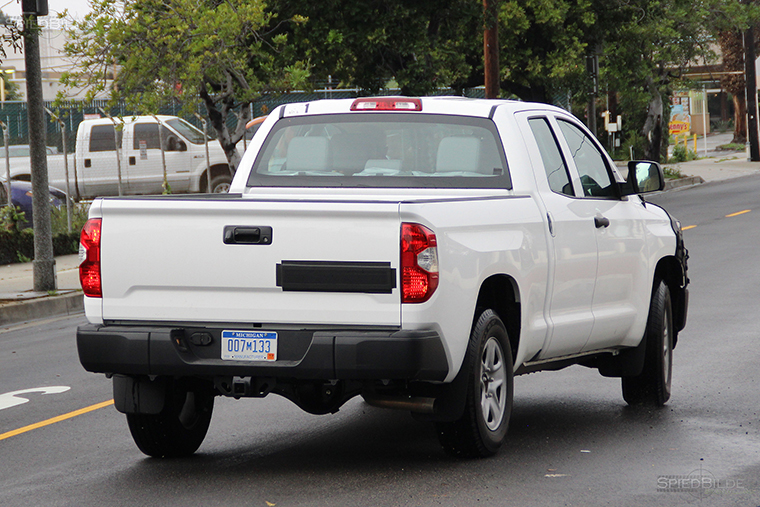