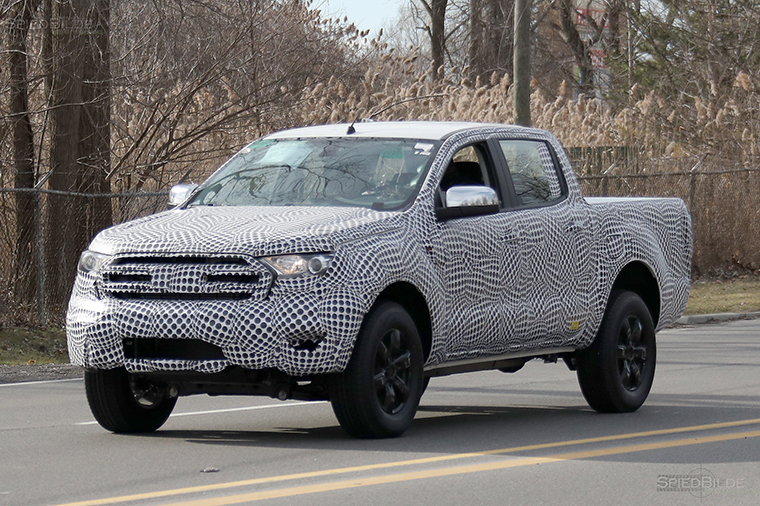 These are the first shots of the ’19 Ford Ranger mule, caught running the streets of Dearborn, Michigan.

Ford is testing the United States-bound Ranger ahead of the truck’s reintroduction to the states in 2019. While it’s hard to tell if it will look much different than the Ranger sold globally now, expect typical Ford truck cues on a smaller package.

The North American version may wear its own unique styling, as the Association of Southeast Asian Nations (ASEAN) markets that most midsize pickups are developed for seem to prefer more aerodynamic, car-like styling.

Expect a full complement of Ecoboost four- and six-cylinder engines and perhaps a diesel. Ford may use the direct-injected twin-turbo EcoBoost V6 as the premium choice. Ford’s new 10-speed automatic, co-developed with GM, is also anticipated.

Naturally, two-wheel drive will likely be standard, with part-time four-wheel drive available as an option.

The Ranger should be unveiled sometime in 2018. 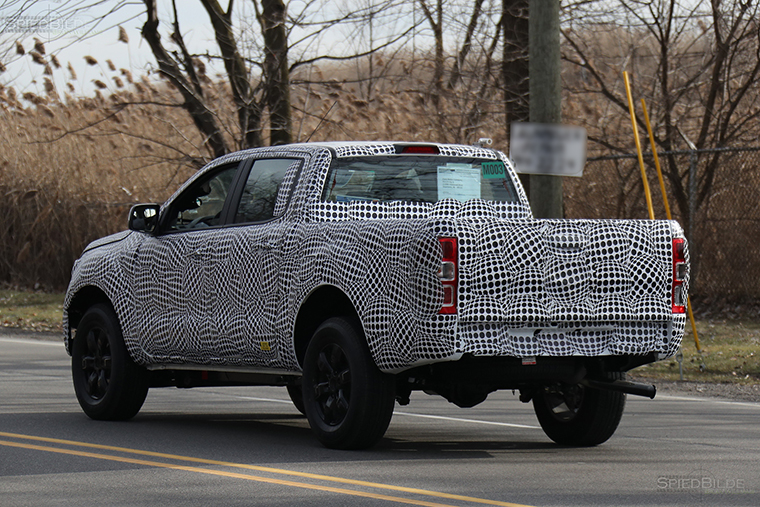