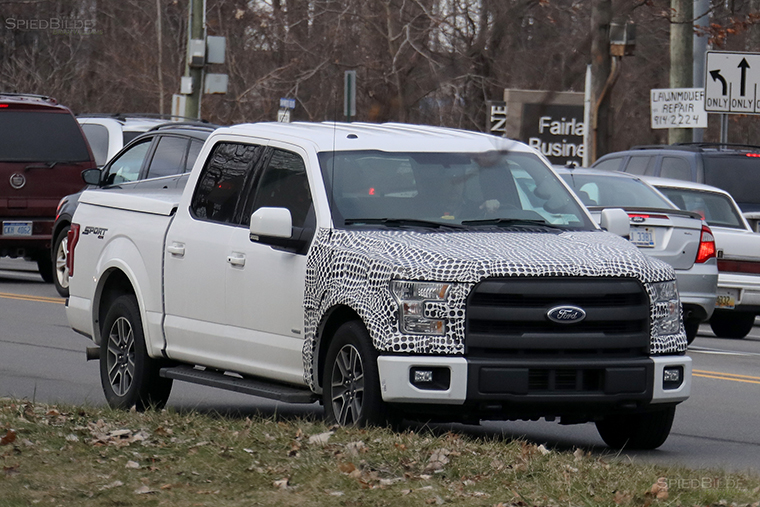 This is the latest look at the Ford F-150 Hybrid/PHEV mule, caught while testing in Dearborn, Michigan.

Confirmed earlier this month by CEO Mark Fields, the F-150 will get a hybrid variant in late 2020 in conjunction with a heavily refreshed version of the truck. Previous photos have revealed the hybrid system has long been in the works, and a plug-in may also be in the works based on the charge point seen through the camouflage, suggesting an Energi version will be in the cards.

A noticable difference on this mule is that it appears to have a narrower track width than the current F-150. In 2014, Ford showed off a modified Fusion lightweight concept that featured narrower tires, and that’s what we could be seeing here. We also could be seeing narrower axles, but the cost associated with that doesn’t make fiscal sense.

This particular F-150 Hybrid mule was using a four-cylinder engine rather than a V6 to team with the electric powertrain based on the sound of the prototype. Being able to function at low speeds on electric power only, the prototype was able to accelerate quickly in city and highway driving.

Count on the hybrid getting the 2.3L EcoBoost four found in the Mustang and other Fords, where it’s capable of as much as 310 hp and 320 lb.-ft. of torque. A 10-speed automatic is the likely transmission, but sources have hinted at a new transmission dedicated strictly to the hybrid truck. 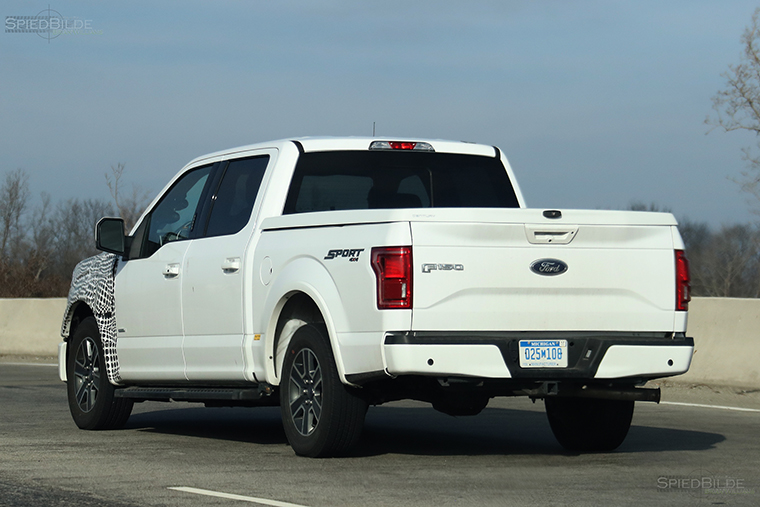