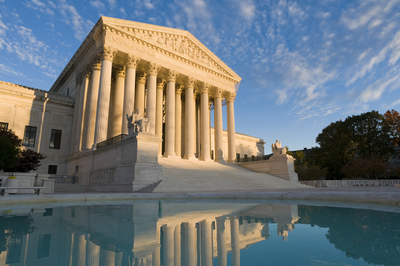 Supreme Court Ruling: In a 6-3 decision, the U.S. Supreme Court held that Congress did not grant the U.S. Environmental Protection Agency (EPA) the authority to devise carbon emissions caps for power plants that would shift the way they generate energy away from coal. The case, West Virginia vs. EPA, is unusual in that it centers around the 2015 Clean Power Plan that never went into effect. The Obama administration plan was blocked in court and the subsequent Trump administration plan struck it down. This decision, while limiting how the EPA can use its authority to reduce carbon-dioxide emissions from power plants, has no effect on current EPA regulation of aftermarket performance products or mobile source emissions. It could have future implications for how much authority government agencies have to enact substantial policy without congressional approval.

RPM Act: With the 2022 mid-term election only weeks away, now is the time to remind your members of Congress that they must pass the Recognizing the Protection of Motorsports Act (RPM Act), H.R. 3281 and S. 2736. The RPM Act clarifies that it is legal to make emissions-related changes to convert a street vehicle into a dedicated race car under the Clean Air Act (CAA). The bill, if enacted into law, would also confirm that producing, marketing, and installing racing equipment on track vehicles does not violate the CAA. The RPM Act enjoys strong bipartisan support in the 2021–2022 session of Congress, including more than 160 co-sponsors, but SEMA members and the racing community must turn up the pressure on lawmakers to pass the bill this Fall.

Below are things you can do right now to help to pass the RPM Act:

NHTSA Black Box Requirements: The National Highway Traffic Safety Administration (NHTSA) issued a proposed rule to require black boxes in vehicles to record more pre-crash data at a higher frequency rate as a way to better understand the actions leading up to a crash. Black boxes, or event data recorders (EDRs), are currently required to collect five seconds of pre-crash data at a rate of two samples per second. The proposed rule would require 20 sec. of pre-crash data at a rate of 10 samples per second. NHTSA has required automakers that install EDRs to collect certain data, including vehicle speed, crash forces at the moment of impact, whether an airbag deployed or if the brakes were applied in the moments before a crash and if seat belts were fastened.

Right to Repair: The Federal Trade Commission (FTC) took action against Harley-Davidson for claims that it was using illegal warranty terms that restricted consumers’ choices, cost consumers money and undercut independent repair shops. The FTC’s complaints charge that the company was imposing illegal warranty terms that voided customers’ warranties if they used aftermarket parts or took their motorcycles to be repaired anywhere other than at an authorized dealer. The FTC has the authority to take action against companies that violate the Magnuson-Moss Warranty Act, which makes it illegal to void a warranty or deny coverage due to the presence of an aftermarket replacement of specialty part, or because a repair or part installation has been performed by an independent shop (unless the original manufacturer provides the service or part for free). The action against Harley-Davidson prohibits further violations, requires language in their warranty that recognizes consumers’ right to repair, and requires dealers to be alerted to compete fairly with independent repair shops. 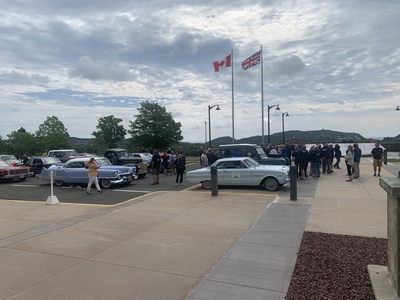 Canada—Collector Car Celebration: The provinces of Manitoba, Newfoundland and Labrador, Prince Edward Island and Saskatchewan, each declared the month of July as “Automotive Heritage Month.” This special occasion is held concurrently with the SEMA-supported Collector Car Appreciation Day, an annual holiday which serves to raise awareness of the vital role automotive restoration and collection plays in society.

Arizona—Motorsports: The Arizona legislature failed to advance a SEMA-supported memorial urging the U.S. Congress to pass the Recognizing the Protection of Motorsports (RPM) Act. The proposal was symbolic in nature and unlikely to be considered for passage.

California—Exhaust Noise: The California Assembly Transportation Committee positively amended SEMA-opposed legislation (S.B. 1079) requiring the state to study the effectiveness of noise-detecting cameras to enforce motor-vehicle exhaust noise laws prior to using them to issue violations to motorists. Prior to being amended, the proposal would have allowed six cities to use the technology to issue tickets under a pilot program. The bill now awaits consideration in the Assembly Appropriations Committee.

California—ZEV Conversions: The California Senate Transportation Committee unanimously passed SEMA-sponsored legislation to incentivize the conversion of gas- and diesel-burning vehicles into zero-emissions vehicles. If passed, the bill would provide motorists with a $2,000 voucher for the conversion of eligible vehicles. The bill awaits consideration in the Senate Appropriations Committee.

Pennsylvania—Motorsports: Governor Tom Wolf signed into law SEMA-supported legislation to create an exemption for motor vehicles or a motor-vehicle combination from perceived “commercial” activity provided that the vehicle is being used to transport another vehicle to or from an amateur competitive event, whether or not the owner displays sponsorship markings.

New Jersey—License Plates: The New Jersey Senate has introduced SEMA-supported legislation to allow the display of only a single, rear-mounted license plate for all passenger vehicles. The bill awaits consideration in the Assembly Transportation and Independent Authorities Committee.