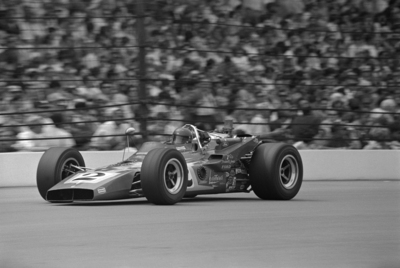 Less than a year after the death of his older brother Bobby, Alfred “Al” Unser Sr. succumbed to his years-long battle with cancer in December. He was 82.

Al Unser did not have his brother’s outspoken nature, but one trait they did share was the driving ability that runs deep in Unser genes. Al Unser is one of just four men to have won the Indianapolis 500 four times, a list that stood at just three until 2021, when Helio Castroneves joined A.J. Foyt, Rick Mears and Unser in that storied group. Unser had the distinction of holding two other Indy records: He had led the most laps (644) and was the race’s oldest winner, as he was just days shy of his 48th birthday when he won for the fourth time in 1987.

In addition to his Indy 500 victories, Unser won USAC and CART championships in 1970, 1983 and 1985 and amassed a total of 39 wins while running in those open-wheel series.

These photos come from his first Indy victory in 1970. When Hot Rod magazine covered the event (“The Big Happening,” August 1970), feature editor Bud Lang noted that Unser and his Ford-powered Johnny Lightning Special lead for 190 of the race’s 200 laps and “headed the fastest field ever to assemble on the Hoosier oval.” His 170.221-mph qualifying speed earned him the pole position; and his race pace was so fast that, even after slowing down for the final few laps, he finished more than 30 seconds ahead of Mark Donohue in second. 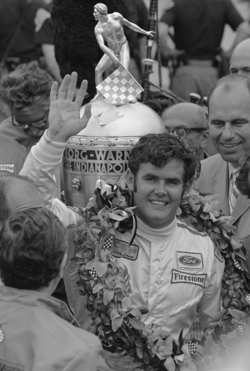 While he achieved most of his success in open-wheel racing, Unser was a versatile driver. In 1964 and 1965 he won “King of the Mountain” honors at the Pikes Peak Hill Climb as the fastest overall up the 12.42-mile, 156-turn unpaved course. He raced stock cars in NASCAR in the late 1960s, and he competed in the International Race of Champions (IROC) in the 1970s, winning the IROC championship in 1978. He retired from racing in 1994, the year his son, Al Jr., won his second Indy 500.

There were years when Big Al and Little Al competed against each other—and fiercely. Al Sr. won his 1985 CART championship by a single point over his son. But family rivalries were nothing new for the Unsers. Al had tried for several years before finally beating Bobby at the Peak in 1964, bringing to an end his elder brother’s six-race winning streak. As Ray Brock reported in the September 1964 Hot Rod, “Al’s winning time of 12 minutes 24.5 seconds represents a new record and the first time that anyone has averaged a mile-a-minute up the treacherous road to the summit. With the road all uphill and tight switchbacks that require almost a complete stop at times, the 60-mph average is particularly impressive.” Words that aptly sum up this racing legend.