RPM Act: The Recognizing the Protection of Motorsports Act (RPM Act) has been reintroduced in the 117th U.S. Congress. The bipartisan legislation will clarify that it is legal to make emissions-related changes to convert a street vehicle into a dedicated race car. It will also confirm that it is legal to produce, market and install racing equipment. The bill (H.R. 3281) is sponsored by Representatives Raul Ruiz (D-CA) and Patrick McHenry (R-NC). Since it was first introduced in 2016, the legislation has been subject to committee hearings and inclusion in a 2020 energy bill passed by the House but never taken up by the Senate. Congress must pass the RPM Act to counter U.S. Environmental Protection Agency (EPA) overreach and provide certainty to racers and motorsports parts businesses. For more information, visit www.sema.org/rpmact.

E15 Ethanol: SEMA submitted comments opposing a proposed rule by the EPA to modify or remove the current E15 warning label requirement for gasoline that contains 15% ethanol. Ethanol, especially in higher concentrations such as E15, can cause metal corrosion and dissolve certain plastics and rubbers in older automobiles that were not constructed with ethanol-resistant materials and certain specialty high-performance equipment installed on newer vehicles. In 2011, the EPA prohibited the use of E15 fuel in motor vehicles made before 2001, along with motorcycles, boats and gasoline-powered equipment. The EPA’s proposed new label at the gas pump would weaken the warning message and be smaller in size. SEMA argued that these changes would increase the likelihood of E15 gasoline being used in incompatible vehicles. Instead, SEMA contends that the warning label should be larger and the wording stronger.

Oceano Dunes: SEMA and several other organizations have sued the California Coastal Commission over its March 18 decision to terminate all OHV activity at the Oceano Dunes State Vehicular Recreation Area (SVRA) within three years. The California State Superior Court for San Luis Obispo County has been asked to issue an injunction and vacate the commission’s decision. Since 1974, Oceano Dunes SVRA has been a state-designated OHV park managed and operated by the California Department of Parks and Recreation. The SVRA comprises 3,500 acres, of which less than 1,350 acres of dunes and 3.5 mi. of beach provide open riding access for OHVs. It is the only opportunity for motorized recreation at a state park along California’s Pacific coast. The lawsuit petitioners include SEMA and Ecologic Partners Inc., which is comprised of the Off-Road Business Association, the American Sand Association and the American Motorcyclist Association District 37. The suit challenges the commission claim that there are environmental concerns requiring closure despite decades of OHV access.

Alaska—License Plates: The Alaska House of Representatives introduced SEMA-supported legislation to allow the display of only a single, rear-mounted license plate for all passenger vehicles. Under current law, vehicles must display two license plates. The bill currently awaits consideration in the House Transportation Committee.

California—CARB Registration Fees: The California Air Resources Board (CARB) adopted a series of fees for reviewing Executive Order (EO) applications for many products sold in California, including aftermarket and performance automotive parts. As part of the fee structure, SEMA has worked with CARB staff to help expedite the EO approval process and add clarity and certainty to the application process. While supporting the proposed fee of $500 to $1,000 on each EO application, SEMA has expressed concerns about new procedures that will require applicants to submit multiple applications and processing improvements that have yet to be implemented. SEMA requested that CARB reevaluate the fee structure and application process 18 months after implementation to confirm that intended benefits are being realized and fees are reasonable.

Idaho—Custom Vehicles: The Idaho legislature passed SEMA-supported legislation to add a vehicle registration classification for custom vehicles. The bill defines a custom vehicle as a replica vehicle that is at least 30 years old and was designed and manufactured to resemble a vehicle that would qualify for classic license plates. The bill awaits approval or veto by Governor Greg Little.

Illinois—Antique Vehicles: The Illinois House of Representatives passed SEMA-supported legislation to allow expanded-use antique vehicles to be driven without limitation for two additional months. Currently, expanded-use antique vehicles are defined as being more than 25 years old “or a bona fide replica” and are limited to traveling to and from auto shows, exhibitions,
service stations and demonstrations during the colder months (November 1 through March 31) but can be driven without limitation during the warmer months (April 1 through October 31). The bill proposes that the months without driving limitations be expanded to March 1 through November 30. The bill awaits consideration in the Senate.

Kansas—Antique Vehicles: The Kansas legislature passed SEMA-supported legislation to redefine vehicles eligible to be registered as antique vehicles. Currently, the Kansas Highway Patrol defines an antique vehicle as being “more than 35 years old and as close to the original as possible, without any significant alterations to the major component parts.” The bill would require only that the vehicle be more than 35 years old, regardless of the age of the component parts installed on the vehicle. The bill awaits approval or veto by Governor Laura Kelly.

Kansas—Military Vehicles: Kansas Governor Laura Kelly signed into law SEMA-supported legislation to allow for the registration and on-road use of military surplus vehicles. A military surplus vehicle is defined as a vehicle with three axles, is less than 35 years old and was manufactured for use by the U.S. military or any country that was a member of NATO at the time the vehicle was manufactured.

Mississippi—Vehicle Titling: Mississippi Governor Tate Reeves signed into law SEMA-supported legislation that would allow for the titling of vehicles at least 30 years old and that are missing documents on oath of ownership. Under previous law, there was no such exemption.

Montana—License Plates: Montana Governor Greg Gianforte signed into law SEMA-supported legislation mandating that the state issue waivers for vehicles unable to display a front license plate. Current law permits the display of a single rear-mounted plate for a motor vehicle registered as a street rod or a custom vehicle, and a waiver may be issued for vehicles unable to display a front plate. The new law requires that the waiver be issued. 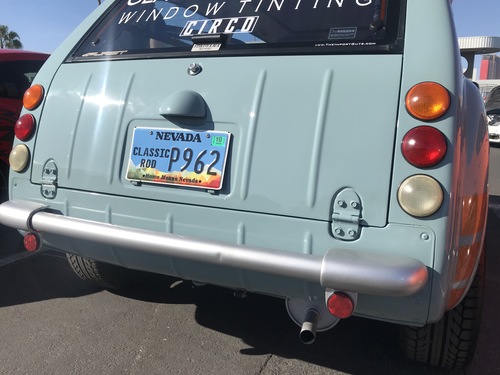 Nevada—Classic Cars: The Nevada House of Representatives failed to pass prior to a key legislative deadline SEMA-opposed legislation that would have significantly impacted the owners of old timers, classic rods, street rods and classic vehicles. If enacted, vehicles would have been forced to pass a smog check upon initial registration and would be subject to in-person odometer checks at registration and subsequent renewals.

Nevada—Exhaust: The Nevada Assembly failed to pass prior to a key legislative deadline SEMA-opposed legislation that would have banned most exhaust modifications. The proposal would have outlawed any modifications that amplified the vehicle’s noise output.

Vermont—License Plates: The Vermont House of Representatives passed SEMA-supported legislation to require the display of only a single, rear-mounted license plate for a vehicle registered as an antique, a custom or a street rod. The bill currently awaits consideration in the Senate Transportation Committee.

Virginia—Imported Vehicles: Virginia Governor Ralph Northam signed into law SEMA-supported legislation to allow the DMV to issue a title for an imported foreign-market vehicle manufactured at least 25 years ago. Previous law allowed for only a negotiable title to be issued to such vehicles manufactured prior to 1968.

West Virginia—Antique Vehicles: The West Virginia House of Delegates failed to pass prior to adjournment SEMA-supported legislation to create an “antique fleet” plate program whereby the owner of five or more antique vehicles would have been able to use a single registration plate. Currently, antique license plates are available for vehicles that are more than 25 years old and are owned solely as collectors’ items.

West Virginia—Motorsports: The West Virginia Senate failed to pass prior to adjournment SEMA-supported legislation to aid and incentivize the construction of motorsports complexes. 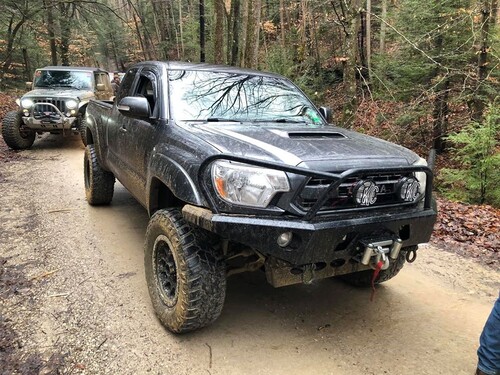 West Virginia—OHV Trails: The West Virginia legislature passed SEMA-supported resolutions calling for the creation of a semi-contiguous off-highway vehicle (OHV) trail that would run parallel to the Appalachian Hiking Trail. The resolutions are part of an effort to create an interstate OHV trail system that would allow enthusiasts to drive from Alabama to Maine via OHV.

Employee Retention Tax Credit: SEMA members are urged to take advantage of a COVID-19 economic relief program enacted in 2020 and expanded in 2021, the Employee Retention Tax Credit (ERTC). The ERTC is meant to help employers that suffer significant financial losses or that were fully or partially closed due to a government order but continue to pay workers who are unable to perform their duties.

2020: The tax credit is equal to 50% of up to $10,000 in qualified wages paid between March 12 and December 31, 2020. The total credit is capped at $5,000 per employee and applies against employment taxes on wages paid to all employees. There is a 100-employee limitation. The credit is available if:

2021: The tax credit applies to all four quarters of 2021. The credit is now equal to 70% of up to $10,000 in qualified wages per quarter (including health plan expenses). This means the tax credit is potentially $28,000 per employee ($7,000 for each quarter). Employers can apply who have experienced a 20% or more decline of gross receipts in a quarter compared to the same quarter in 2019. For 2021, the size limitation was increased to employers with 500 or fewer employees (up from 100 workers).

Employers claim the ERTC by withholding payroll taxes for qualified employee wages. Because the tax credit is refundable, if the withholdings do not cover the entire tax credit, the IRS will send you a check for the remaining amount.