The proliferation of advanced driver-assistance systems (ADAS) on OE vehicles since the turn of the 21st century has posed numerous challenges to the automotive industry. That has been especially true for the automotive aftermarket, where modification and customization are the coin of the realm. Even the slightest modification to any ADAS-equipped vehicle—a new layer of window film or a freshly painted bumper, for example—can potentially affect an ADAS system’s ability to function as intended by the manufacturer. Further complicating matters is the lack of any standardized industry protocols regarding sourcing, positioning and calibrating these systems. The learning curve can seem steep indeed to an aftermarket manufacturer looking to R&D new products to integrate with ADAS sensors or a repair shop tasked with installing them.

The first of a recent three-part SEMA Virtual Education webinar, “ADAS Technologies: Real-World Systems and Trends,” was aimed at demystifying ADAS by shedding some light on what can seem at first to be an impenetrable subject. Moderated by SEMA Vice President of OE Relations Mike Spagnola, the webinar provided an overview of ADAS while offering some expert service and repair tips from a pair of industry experts. (Future issues of SEMA News will feature coverage of subsequent webinars in the series, which will include subjects ranging from aftermarket product development to detailed testing and calibration procedures.)

Brian Daugherty, chief technology officer for the Motor and Equipment Manufacturers Association, restated the basic need for ADAS systems by starting with the surprising fact that vehicle fatalities actually rose 7% over the previous year in 2020, while the number of vehicle miles traveled declined by double that percentage. Accidents involving motorcycles and pedestrians were both up, and “as the roads were less crowded,” Daugherty concluded, “people were doing things that were less safe and taking more risks.” While ADAS is not a foolproof technology, one of its most important benefits, Daugherty explained, is to help protect motorists from their own worst impulses, and the need for such proactive systems was never more apparent than during the pandemic.

In addition to helping reduce vehicular fatalities, ADAS can also provide cost-saving benefits to motorists by reducing the overall number of collisions and repair expenses, Daugherty noted. They also provide an environmental benefit by optimizing a vehicle’s on-road performance, which can improve mileage and reduce emissions.

At present, Daugherty mentioned, more than 80 million vehicles on the road are equipped with at least one OE ADAS feature, and that number is certain to grow exponentially in the coming years as the technology becomes less costly and more widespread across the spectrum of vehicle platforms and as more older pre-ADAS vehicles are retired from service. While posing potential obstacles to the aftermarket, ADAS also presents opportunities to companies that can grasp the technology and leverage it to their advantage by launching products and services that can integrate with the systems most seamlessly.

As with any emerging technology, ADAS also comes with its share of challenges. Performing basic installations and calibrations can be complex and time-consuming. There are also numerous OE suppliers of sensors and systems, each with its own installation protocols and no standardized nomenclatures.

“You can also have several different suppliers for one vehicle model, with totally different calibration sequences for each one,” Daugherty said.

Keeping track of the steady flow of software updates can also be daunting. Additionally, simple static testing and calibration requires a significant amount of level floor space—as much as 2,500 sq. ft. by some estimates. How many fully equipped collision and repair facilities have that much level and uncluttered space? Because of that issue, the calibration process can be “cheated,” i.e., by positioning a target too close to a sensor due to constraints on floor space.

“What we are left with is a crazy patchwork of hundreds of different procedures for both repairing and calibrating these systems on all the vehicles that are on the market,” Daugherty concluded.

How SEMA Can Help

To better help member companies understand and work with ADAS, the association’s new state-of-the-industry SEMA Garage facility, located in metro Detroit and slated to open in the first quarter of 2022, will incorporate a 5,000-sq.-ft. shop space that’s set aside exclusively for ADAS testing. Two dedicated ADAS engineers will be on staff, and two static on-site calibration centers will employ both OE and aftermarket tools and equipment.

Additionally, SEMA will purchase 20 new vehicles in the coming year to use as test beds in both stock and modified configurations (e.g., lifted or lowered). Test procedures will be both static and dynamic—the latter to be done off-site in cooperation with Detroit-area test tracks. The overarching goal is to assist industry partners in better understanding the ins and outs of ADAS calibration, particularly on modified vehicles.

“The SEMA Garage Detroit facility opens new doors and opportunities,” Spagnola said in a recent interview with SEMA News. “We will be able to take our current offerings to a whole new level by making the services accessible to new members, incorporating new technology, and collaborating with key partners in the area.”

“Starting with a ’22 Ram truck, for instance, we’ll lift it a couple of inches and install a set of 35-in. tires on it,” he said. “Then we’ll lift it 3 in. and then 4 in.
and go through all the iterations so we can better understand what happens with these vehicles’ ADAS sensors when the vehicles are modified. We really think this is a problem that the whole industry has to solve—particularly the collision-repair industry.” Spagnola added that SEMA will eventually use the knowledge gathered during testing to produce and issue a series of industry best practices for member companies.

Scott Brown, former president of the International Automotive Technicians Network and founder of Diagnostic Network, reviewed some of the issues related to ADAS calibration and testing. In the process, Brown offered a few suggestions for service techs looking to successfully integrate ADAS repairs into their existing businesses. Among his recommendations:

“The inverse is true as well. Sometimes, an aftermarket tool can’t communicate with a late-model car, but the OEM tool provides the right information.”

That can also require a facility to have the needed space to accommodate the targets, which can be a logistical problem for smaller shops.

Brown said that this challenge also presents an opportunity for startup companies that can offer ADAS calibration and testing services for collision and repair facilities that lack the space and lighting for it.

Surprisingly, it failed. Surveying the windshield, he noticed a thin film of grime on the inner glass (he suspected smoking or vaping as the cause). Once the grime was removed, the camera was retested, and it passed without difficulty.

The other example involved a low-mileage ’19 Honda Civic that had been purchased used and was demonstrating jerkiness in the steering that caused the vehicle to lurch uncontrollably to the left during straight-line driving and triggered numerous warning lights on the dash. The car had been brought in for service more than once without a successful resolution. The culprit? A left lower control-arm pivot bolt was slightly egged out of its bolthole, resulting in a misalignment. The bolt was retightened to spec, and a complete realignment and vehicle scan was performed. A subsequent test drive exhibited no steering abnormalities—a reminder that the solution to a technical glitch can sometimes be the simplest.

“The problem was elementary (i.e., mechanical), but the service techs had been looking at the ADAS technology as the problem instead,” Brown concluded. 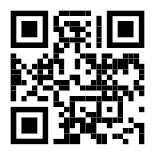 Three times larger than SEMA’s Diamond Bar technical facility, the SEMA Garage in Detroit, scheduled to open in early 2022, is a state-of-the-art emissions testing lab and ADAS research and development center, with a staff of full-time technicians on hand to assist SEMA-member companies with product testing and development.

SEMA Garage Detroit will include new equipment such as emissions and horsepower testing for all-wheel-drive and diesel vehicles as well as vehicle lifts, fabrication equipment, an alignment rack, 3-D scanning tools, and engineering software. In addition, 5,000 sq. ft. of shop space will be set aside for dedicated ADAS testing and research, with both static and dynamic test procedures offered. The new emissions lab will be purpose-built to accommodate a 48-in., all-wheel-drive chassis dynamometer and will include equipment that meets the California Air Resources Board’s new 1066 testing requirement standards.

For further information about the SEMA Detroit Garage and its many programs and services, visit www.semagarage.com. 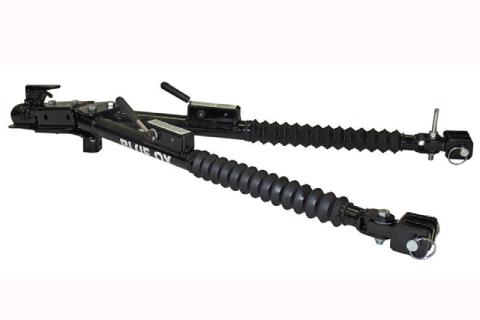 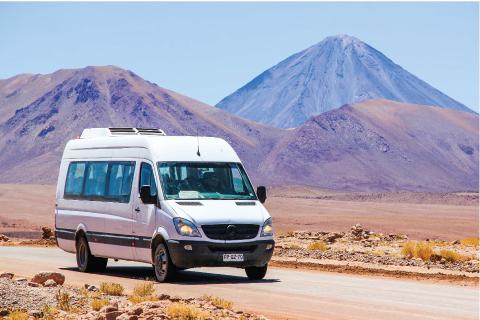 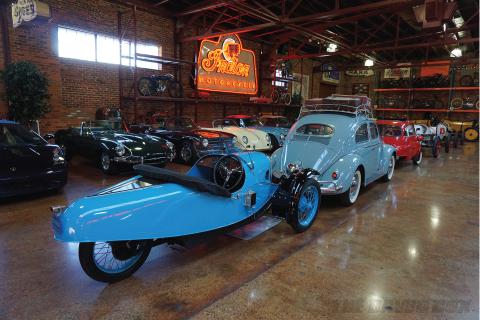