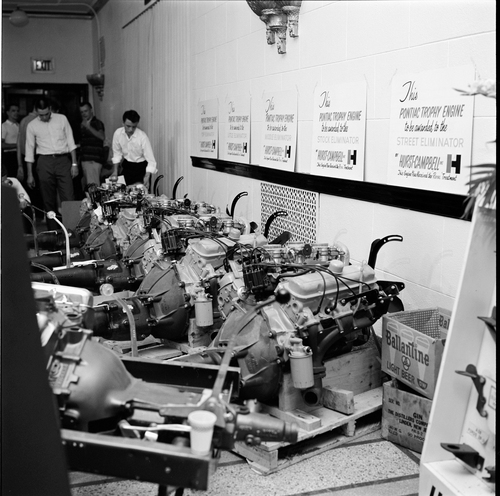 A lot was at stake when drag racers from around the country converged at the brand-new Indianapolis Raceway Park (IRP) for the NHRA’s seventh annual National Championship Drags in 1961. More than 900 competitors from some 40 states turned out to win races, set records, cement championships and build reputations during that humid Labor Day weekend.

A veritable who’s-who of the nation’s quickest and fastest was at IRP, including Mickey Thompson, Jack Chrisman, Dode Martin, George Montgomery, Joe Schubeck, Tommy Ivo, Joe Hrudka, K.S. Pittman and many, many more—including a young dragster pilot whose last name the editors at Hot Rod misspelled as McKewen.

To the winners went glory, trophies, a mention (and maybe even a picture) in Hot Rod as well as some substantial merchandise. Chrisman, whose season-long success made him a shoo-in for the Competition Car championship even prior to the Nats, won a new ’61 Thunderbird courtesy of George Hurst’s Hurst-Campbell Corporation. The Stock champion, Ron Morgan, won a ’61 Pontiac Catalina, also sponsored by Hurst-Campbell and prepped for racing by Royal Pontiac.

These 348hp Pontiac Trophy V8 engines, all fitted with Tri-Power induction, three-speed transmissions and Hurst shifters, were donated by Hurst and given to the event’s Eliminator winners: Top Eliminator Pete Robinson (“An unknown engineer from the deep South” who “successfully invaded the domain of the giants and conquered all who dared approach,” as Hot Rod’s LeRoi Smith described him); Middle Eliminator Walt Knoch Jr., who won driving his “Walt’s Puffer Too” Hemi-powered Model T roadster; Little Eliminator Willie Ragsdale and his ’61 Chevy-powered T named “Raunchy”; and Street Eliminator Junior Garrison and his Chevy-powered Willys. The fifth engine was not awarded, as Stock Eliminator winner Don Nicholson was disqualified during the post-race teardown “on several technical points.” Wrote Smith: “It’s either factory stock or it isn’t stock—period.”

In addition to his Top Eliminator win, Robinson set low e.t. of the meet at 8.68 seconds. Dode Martin’s “Two Thing” dragster set top speed of the meet at 177.87 mph. Though he was fast, Martin was beaten in AA/Dragster competition by the young Tom McEwen, who ran against Robinson in the AA/D final and lost at the top end.