A New Day in Washington 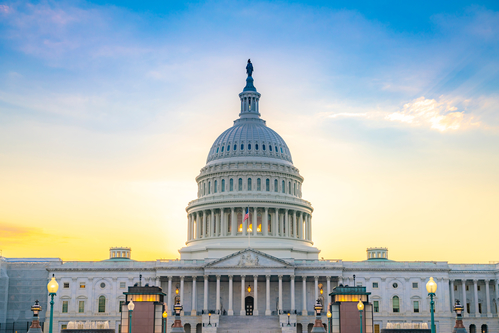 2020 was anything but a typical year, defined by the COVID-19 health crisis that disrupted almost every facet of life in the United States. It should be no surprise that the results of the November election were equally unique. As the political world tries to make sense of the mixed messages that voters sent to Washington, D.C., on Election Day, the balance of power in Congress was still uncertain as this issue of SEMA News went to press. Two U.S. Senate races in Georgia, which carried over into a January 5 runoff election, would determine which political party controlled the Senate. Let’s take a look at the results of the elections and how they will impact the issues on the legislative horizon in the 117th session of Congress (2021 and 2022).

Much like the 2016 election, political pundits predicted that the 2020 election would be disastrous for the Republican Party. Public polls consistently showed former Vice President Joe Biden with a commanding lead over President Donald Trump in almost every swing state, and there was an expectation that Biden would win the race handily and provide strong coattails that would expand the Democratic majority in the U.S. House of Representatives and help the party regain control of the U.S. Senate.

The results of the election ended up not being nearly as clear-cut, proving the polls wrong once again. Former Vice President Biden won by a margin of 306 electoral votes to 232, but Republicans picked up nine seats in the House of Representatives (there were still five races that were too close to call at press time), and Democrats picked up only one senate seat. Democrats retained the House, although the party will have its slimmest majority in the chamber since 1945.

As if the 2020 election cycle didn’t last long enough, the two U.S. Senate races in Georgia both went into runoffs, since no candidate received at least 50% of the vote in November. (Georgia state law requires a separate election between the top two candidates if no candidate receives majority support.) The balance of power in the U.S. Senate for the next two years depended on the outcomes of the runoffs.

Democrats needed to win both seats to take control of the Senate. A win by either incumbent Senator David Perdue (R-GA) or Senator Kelly Loeffler (R-GA) would enable Republicans to retain their majority. The Democratic Party’s goal of flipping the Senate and establishing a unified government for the next two years rests on the shoulders of candidates Jon Ossoff and Reverend Raphael Warnock.

Given what is at stake in this election and the respective policy positions of the candidates, SEMA endorsed Senators Perdue and Loeffler, whose pro-business voting records and support for the automotive aftermarket provided a clear contrast with their Democratic opponents.

As we move beyond the 2020 election, President Biden will face the challenge of uniting a divided electorate as his administration works with Congress to pass bipartisan legislation to help the economy recover from the damage inflicted by COVID-19. Millions of Americans are unemployed as businesses face an uncertain future, which is inextricably tied to getting the pandemic under control.

Despite continued partisan differences over how to safely reopen the economy, Congress came together in the wake of the pandemic to pass legislation last March and April to stabilize the economy, providing more than $2.2 trillion in relief to individuals and companies, including small businesses, along with aid to fund testing, vaccine development, and to assist state and local governments. There is broad consensus that additional relief is still needed to shore up the economy and help struggling businesses. It is important that President Biden and congressional leadership collaborate on passing a recovery plan that helps distressed businesses in a fiscally responsible way.

Finding common ground between Republicans and Democrats is no small task, as the divide between the respective parties is as wide as it’s ever been. Regardless of whether the U.S. Senate is controlled by Republicans or Democrats, the chamber will retain its role as a moderating force. Additionally, the House will face a greater challenge in passing legislation, given the Democrats’ slim majority and the diversity of thought within its caucus on most issues. It is our hope that this will help the House restore the bipartisan policymaking process that was once the norm.

There are many factors that will impact the issues Congress chooses to prioritize over the next two years. A comprehensive infrastructure bill is expected to be a top priority for both Republican and Democratic leadership. With many roads and bridges in disrepair, an infrastructure bill is ripe for bipartisan consensus. It is also an issue of critical importance to automotive enthusiasts and SEMA members alike.

SEMA will also be working to influence the Biden administration’s policies on trade and tariffs, which are paid by American businesses and passed along to U.S. consumers. For example, it is a top priority for the industry that the new administration removes the threat of automotive tariffs, which were proposed but never implemented by the Trump administration.

For more information on the 117th Congress and how SEMA Government Affairs is protecting the industry on Capitol Hill, please contact Director of Congressional Affairs Eric Snyder via email at erics@sema.org.