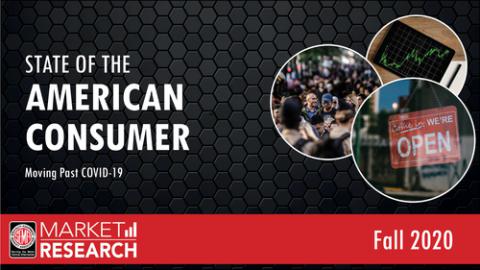 As aftermarket businesses enter the new year, the state of the American economy will be closely watched for sales and market planning. Fortunately, the latest SEMA research indicates considerable good news on the consumer front. In its recently released “State of the American Consumer” report, the SEMA market research department sees many positive signs that consumers are beginning to move past the COVID-19 hit the economy took in spring 2020.

Now available for download, the report is the second in a quarterly series that combines data from multiple sources to present a detailed picture of consumer sentiment and buying habits. Sources include economic data from the Federal Reserve, the Bureau of Economic Analysis and other governmental sources, as well as ongoing consumer research performed by the University of Michigan and such consulting firms as Deloitte and McKinsey & Company. 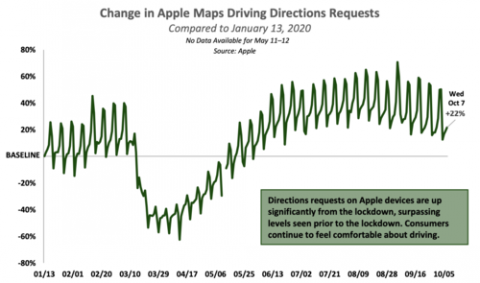 “There is a ton of data out there,” said SEMA Research Manager Kyle Cheng, the report’s lead analyst. “One of the things we wanted to do with this report was aggregate everything in one place so that people could see it.”

“Last year was obviously a year of disruption on businesses and supply chains,” added Gavin Knapp, SEMA director of market research. “There has been disruption in people’s jobs and also in where people can shop, where they can go, and other restrictions. What we want to do with these reports is take some snapshots and see where we are in the moment, as much as possible, and compare that to where we came from.

“The media often portrays things in a certain way. We actually pull out the real data that exists about the trends in consumer behavior that we’re seeing right now, at this time, that we believe can help businesses understand how consumers are likely to behave. Businesses can see the trends not only across our sector but in others as well as they try to sell or market their products.”

In a nutshell, both Cheng and Knapp believe that the latest data show consumers adapting and finding workarounds for the various disruptions imposed by the pandemic. The following are some of the report’s key takeaways. 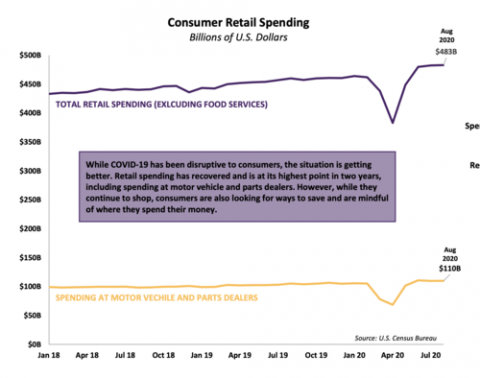 Consumer Driving Is Up

First and perhaps foremost for the aftermarket, the data shows that consumer vehicle use has risen steadily despite recent shutdowns. Public data from sources such as Apple indicate that driver map requests are up, along with actual miles driven. Moreover, surveys reveal that consumers prefer their personal automobiles to all other forms of public transportation. This is in part due to the sense of safety that personal automobiles provide over buses, trains and planes. Consumers are also increasingly using their vehicles not only for errands and city commuting but also for longer road trips
and getaways.

“When the country locked down in early March, people just stopped driving,” Cheng explained. “Then people started requesting more directions to drive to places as things started opening up, and the numbers bounced back. Today, those numbers are noticeably higher, which is a positive sign for our industry.” 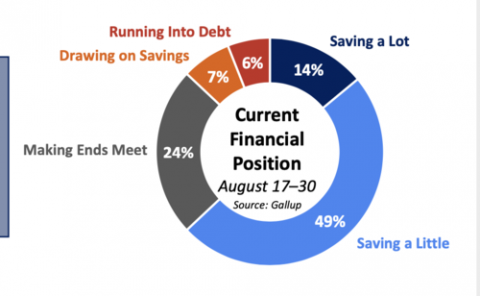 Retail spending is rebounding, thanks in part to healthy purchasing patterns in the automotive and related parts sectors.

“Retail spending is just as good if not better than where it was in 2018,” Chen observed. “Surprisingly, spending at motor-vehicle parts dealers was one of the biggest spikes. It’s obviously a good sign, and I think it shows people figuring out ways to get back to what they normally do.”

Knapp added that restrictions on dining, entertainment and other activities contributed to consumers spending more time and money on vehicle upgrades and accessorizing. Still, the overall economy also appears poised for rebound beyond the automotive sector, with consumers already spending at pre-COVID-19 levels.

Paradoxically, while unemployment remains high, people are not only spending money but also managing to pad their savings reserves as well. In fact, they have more discretionary income than ever. Surprisingly, only 13% of consumers reported drawing on savings or running into debt in the pandemic as of fall 2020.

“This is completely opposite of what you would think based on what the media was saying,” Cheng said. “Something like 63% of people are saving at least a little money, and that sometimes means they’re not spending money, so that’s something we want to keep an eye on. It might just be a reflection of thinking the economy right now is not the greatest and putting a little money aside, but the fact that people have money is a positive indicator.” 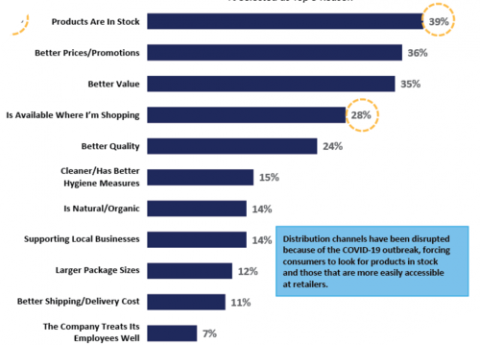 Although consumer confidence dipped in spring 2020 amid initial uncertainty, it has since climbed back. By the last quarter of 2020, a majority of consumers reported that they were just as well off if not better off economically than in the prior year. Now, armed with greater disposable income, they are also generally optimistic about the future once they can put the pandemic behind them.

“There aren’t many people who think the economy today is better than it was in 2019, but when the University of Michigan asked people about 2021, most people were optimistic,” Cheng explained. “Technically, we have more money as consumers today than we did for the last two decades. Obviously, the federal stimulus bumped that up a lot, but consumers are in a pretty good position and are optimistic about the future. We’ll have to keep an eye on what happens over the next six months, but we hope that once everything starts to get better, we won’t be in a drawn-out recovery.”

While value and price remain important factors in making purchasing decisions, consumers were giving greater weight to availability as of fall 2020. In addition, they showed increased flexibility toward trying new retailers or brands when their favored outlets and products were short of stock—meaning that consumer loyalty was especially up for grabs. While it will be interesting to see if those emerging patterns persist, they present aftermarket brands and businesses with a real opportunity to win over new customers for now.

“The virus has disrupted a lot of channels, so availability is really important,” Cheng explained. “Obviously, volume, price and other factors are always important, but when we looked at the data, never before have availability and ease of access popped to the top so much.”

“For a long time in our society, we’ve been going through this great big growth period where there are thousands of products on the shelf and you just come through and find the one whose packaging you like,” Knapp added. “The pandemic brought a disruption where people were going into stores, even looking online, and being unable to find the exact brand or the exact model of a product they were looking for, but that didn’t keep people from doing what they wanted to do. It just forced people to adapt, to try some new products and try new stores or channels for the products they want so they can continue doing whatever they want to do.”

Not only are new-vehicle sales trending upward after slowing in spring 2020, but also the number of consumers who believe that the time is right for a new car is growing as well.

“As the country locked down in March, April and May, the auto industry was hit pretty hard with factory closures, and that had an effect,” Cheng said. “People weren’t buying cars, but that quickly bounced back once things opened. We saw the auto industry up by 1.34 million cars in September. That’s a lot of cars—higher than in August 2020, obviously, but even higher than in September 2019. People are returning to car dealerships, and if you look at sales projections, most economists think that we should be back to where we were before within the next two or three years.” 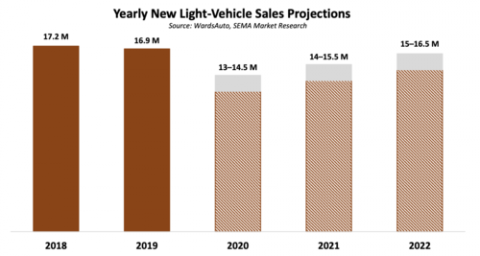 Indicators Point to a Quick Recovery

Ultimately, the SEMA “State of the American Consumer” report offers aftermarket businesses clarity about consumer trends that can help them adapt to the new normal of the current marketplace. For example, by knowing exactly how supply-chain disruptions are affecting consumer sentiment and buying habits, businesses can invest in addressing the key concerns of consumers at the moment: inventory availability, value and quality. But perhaps the report’s greatest takeaway is an imminent wave of opportunity that aftermarket businesses can begin to leverage now.

“COVID-19 had a huge effect on a lot of businesses, but it was a fairly deep and short-lived spike,” Knapp observed. “Consumers have now figured out ways to get back into their lives, buying the products they need and doing the things they love to do—one of them being accessorizing and modifying their vehicles.”

The latest SEMA “State of the American Consumer” report is available for free download at www.sema.org/market-research.

Get the Full Report