A Message From Doug Evans, SEMA Chairman of the Board

Remember your first SEMA Show? I remember walking into my first SEMA Show more than 30 years ago. I entered the main hall and was amazed that we had actually filled almost half of the hall! I felt like saying, “Somebody pinch me. I am actually getting paid to be here working this Show!”

Today, the SEMA Show fills every hall, part of the Westgate Las Vegas Resort & Casino, the parking lots, and will no doubt make great use of the new exposition hall that will be built next year. The SEMA Show represents one of the largest collections of small businesses in the world and is one of the largest trade shows in North America.

The 2014 SEMA Show broke every measurable record in terms of attendance and scale, and 2015 is tracking to do it yet again! We will also have our second annual SEMA Ignited event open to the public on Friday night in the Gold Lot. Battle of the Builders returns and will once again be filmed and shown to millions of people on television in the coming months. Two great ways your association is spreading the word to current and future consumers of our products.

Remember your first SEMA Show? Think about it when you walk into the convention center this year and consider how much we have grown. It remains my privilege to be a part of it!

See you in Vegas for the greatest collection of automotive innovations and people in the world!

SEMA Chairman of the Board 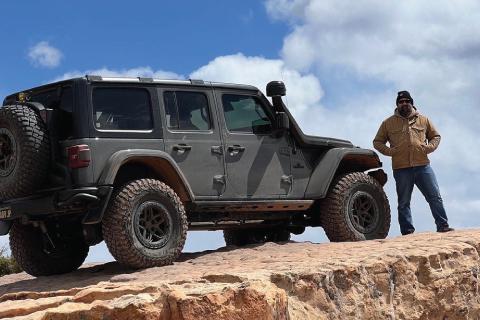