Heard in the SEMAsphere: SEMAx Leaders

The Vehicle Technology Center (VTC) is more than an exhibit at the SEMA Show; it is a lab. It’s a social networking marketplace and a step into the future.

“The VTC sessions bring together successful entrepreneurs and a wide spectrum of movers and shakers from both inside and outside the automotive specialty-equipment industry to offer valuable insights and ideas for members to create their own preferred futures,” said John Waraniak, SEMA vice president of vehicle technology. “Tim Cook, CEO of Apple, calls these people ‘wicked smart.’ I call these folks ‘SEMAx leaders.’ They are the multipliers and catalysts, the connectors and amplifiers. They challenge the status quo. They come together to collaborate, to share fresh ideas and to find inspiration. They are optimistic about our future. They believe SEMA’s best days lie ahead.”

The Vehicle Technology Center (VTC) and Technology Briefing Seminar (TBS) program at the SEMA Show features more than 50 leaders, legends and experts from both inside and outside the performance aftermarket to offer members valuable insights and ideas and opportunities to network with the OEM speakers. Videos of the 2013 VTC keynotes and forum panel sessions are available to members at www.sema.org/vehicle-technology.

To celebrate those SEMAx leaders, Waraniak pulled together some of his favorite quotes from participants in the 2013 TBS program’s keynotes and panel forums and comments on the insights they shared with SEMA members.

“If you don’t have a strong brand today, you are in danger of going extinct. But branding without good business sense is a recipe for disaster.”

Beau Boeckmann has built upon the success of his father, Bert, and developed car customizing to such an art that the company now uses ‘Galpinizing’ as a verb.

Boeckmann stressed that good customizers don’t change a vehicle’s design but hold true to its heritage in order to ‘future’ it.

“You have to find in life something that can combine work and fun.”

The team at Specialized is so crazy about bikes that they go for a ride every day and have bicycles and components scattered throughout their offices.

Designing is all about doing the unexpected, Egger said, and his concepts always recognize that, at the end of the day, a bicycle is just a toy.

“We’re building a community of underdogs.”

Aaron Levant built his successful Agenda trade show in the competitive action-sports market using the reverse psychology of going after the smallest, most cutting-edge companies he could find and then letting the word spread organically.

Now he turns away more potential exhibitors than he accepts while maintaining an anti-establishment position that resonates with his audience and action-sports lifestyles.

“SEMA really stands for innovation and technology for automotive. Everywhere you go, you see new ideas. People have a chance to express themselves and bring their marketing ideas or their car ideas or their performance ideas for everyone to see. It’s a very cool thing to do.”

Neil Young returned to the SEMA Show in 2013 to discuss his passion for the automobile, innovation and sustainability for repowering the American dream and next generation of car lovers. Young’s cars are big, older cars with lots of power. He loves his cars and doesn’t want to give them up. He believes that many people feel the same way. Young’s ’59 Lincoln left a dark spot on the ground every time he fired it up. It was a carbon footprint you could actually see. He knew something had to change, and he created Lincvolt.

Colin Dyne announced how he and his new sponsor, Red Bull, have designed GRC specifically to provide dynamic competition and an innovative, engaging fan experience for a generation with a short attention span. The GRC fan is young and dynamic. It’s the 18- to 34-year-old consumer everyone is looking for. Dyne’s messengers to the Millennials are action-sports heroes, such as Travis Pastrana, Ken Block and Bucky Lasek. 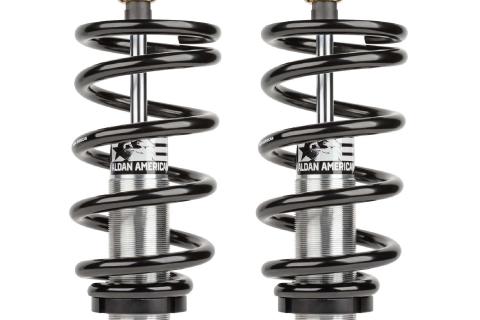 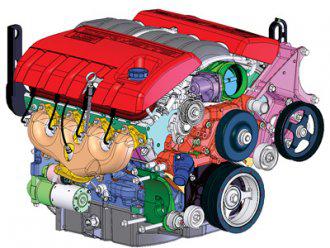