Property Taxes: A SEMA-supported bill has been introduced in the Connecticut State Legislature to provide an exemption from property taxes for antique, rare and special-interest vehicles. The bill is pending in the Joint Transportation Committee for consideration. Connecticut law defines an “antique, rare or special-interest motor vehicle” as a motor vehicle 20 years old or older that is being preserved because of historic interest and that is not altered or modified from the original manufacturer’s specifications.

Exhaust Noise: Montana legislation that sought to repeal a SEMA-sponsored law enacted in 2007 that permits vehicles with modified exhaust systems that do not emit an excess of 95 decibels died when the legislature adjourned for the year. Under the repeal legislation, Montana would have returned to subjective noise-level determinations when considering whether an exhaust system is legal.

Street Rods/Customs: The North Carolina House Transportation Committee passed a version of SEMA-model legislation to create a vehicle registration classification for street rods, replicas and custom vehicles. The bill is the product of negotiations between SEMA and the hobbyist network in North Carolina and retains the key components of the SEMA-model bill while relieving vehicle owners of unfair title branding and inspection concerns. The bill defines a street rod as an altered vehicle manufactured before 1949 and a custom as an altered vehicle at least 25 years old and manufactured in or after 1949. The measure also allows replica vehicles to be assigned certificates of title bearing the same model-year designations as the production vehicles intended to be replicated.

Scrappage: SEMA is opposing North Carolina legislation that would implement a state vehicle scrappage program for passenger vehicles that are at least 14 years old. A participant would receive around $1,000–$1,500 to scrap a car and purchase a current-year vehicle under 10,000 lbs. or one from the previous three model years. The participant’s family income must be less than 300% of the current federal poverty level. All trade-in vehicles could be destroyed, regardless of their historical value or collector interest. If this effort is successful, hobbyists could be denied the availability of vintage cars and parts for restoration projects.

Aftermarket Parts: The Oregon House Environment and Water Committee approved an alternative to legislation that originally sought to prohibit the sale and distribution of aftermarket motor-vehicle parts if alternatives are available that “decrease greenhouse gas emissions from motor vehicles.” Under the alternative, negotiated between SEMA and the Oregon Department of Environmental Quality, the bill would only give the department authority to adopt the present California certification process for aftermarket emissions-related parts, allowing parts manufacturers to meet one uniform standard rather than a patchwork of multiple state standards. The amended legislation will also incorporate a California law that requires state regulators to develop a tire fuel-efficiency program for passenger-car and light-truck replacement tires. As in California, Oregon will include a SEMA-drafted provision to exempt limited-production tires (15,000 or less annually), deep-tread snow tires, limited-use spares, motorcycle tires and tires manufactured for use on off-road vehicles.

Street Rods/Customs: SEMA-model legislation to create new vehicle registration and titling classifications for street rods and custom vehicles and provide for special license plates for these vehicles was approved by the Texas House Transportation Committee. The bill defines a street rod as an altered vehicle manufactured before 1949 and a custom as an altered vehicle at least 25 years old and manufactured after 1948. The measure also allows replica vehicles to be assigned certificates of title bearing the same model-year designations as the production vehicles they most closely resemble.

Vehicle Scrappage: Congress is finalizing “Cash for Clunkers” legislation that would pay consumers to scrap cars and trucks that get less than 18 miles per gallon in exchange for a cash voucher to buy a new car. This latest effort is the result of negotiations between the Obama administration and the congressional leadership. Under the proposed bill, consumers would receive either $3,500 or $4,500, depending on the fuel-economy improvement of the new vehicle. Lawmakers are attempting to direct new-car sales to automakers and dealerships. SEMA supports the concept of vouchers to help consumers purchase new, fuel-efficient cars but opposes connecting these incentives to vehicle scrappage requirements. SEMA is working with lawmakers to find ways to minimize the harm a motor-vehicle scrappage program will impose on thousands of independent repair shops, auto restorers, customizers and their customers across the country. SEMA will promote instead a government incentive program that will help clean the environment, provide for vehicle and parts recycling and preserve collector cars for future generations.

Roof Crush Rule: The National Highway Traffic Safety Administration strengthened the vehicle roof crush rule, Federal Motor Vehicle Safety Standard No. 216. The new standard will require manufacturers to design roofs that withstand at least three times the weight of a light-duty vehicle (up to 6,000 lbs.) during a two-sided roof strength test. The current standard, which had remained unchanged since 1971, requires the roof to support at least 1.5 times the vehicle weight when tested on one side only. The tests are conducted by pressing a metal plate down on the roof over the driver’s seat, then the passenger’s seat. The NHTSA will continue to rely on static tests rather than include a dynamic test to simulate a vehicle rollover. The requirements will be phased in over a four-year period between 2012 and 2016. The NHTSA estimates that compliance costs will range from $69–$114 per vehicle. The NHTSA responded to SEMA’s concern that the rule accommodates installation of aftermarket sunroofs and other products that interact with the roof.

The NHTSA noted that vehicles with sunroofs had been tested under the new requirements and passed, and that the agency did not foresee any problems with aftermarket installations.

Greenhouse Gases: The U.S. Environmental Protection Agency (EPA) issued a finding that high levels of carbon dioxide (CO2) emissions endanger the health and welfare of current and future generations of Americans. The decision comes nearly two years after the Supreme Court ruled that the EPA had the authority and duty to consider regulating CO2 emissions. The court’s intervention was sought since CO2 is a natural chemical rather than a traditional “pollutant” subject to EPA oversight under the Clean Air Act (CAA). The Obama administration would prefer that lawmakers pass a new law to define the best approach for regulating CO2 emissions rather than using the current CAA for enforcement. House and Senate committees are currently debating the issue, with the goal of enacting a new law this year. Topics under discussion include limiting regulatory oversight to the largest greenhouse gas contributors—power plants and oil refineries, large factories and automobiles—and potentially establishing a cap-and-trade system for CO2 emissions or a carbon tax. Lawmakers will also likely tie auto standards to the Corporate Average Fuel Economy program, since there is a direct relationship between reductions in carbon fuel consumption and CO2 emissions.

Small-Business Credit Relief: The U.S. Small Business Administration (SBA) has temporarily expanded the size requirements for SBA-backed 7(a) loans in order to help insert more liquidity into the marketplace. The SBA estimates that more than 70,000 small businesses across the country will be eligible for new loans between now and the time the program ends on September 30, 2010, including many auto-sector businesses. The temporary-loan size standard will allow businesses to qualify based on net worth and average income (rather than by the number of employees). The company’s net worth cannot exceed $8.5 million, and average net income after federal income taxes for the preceding two completed fiscal years cannot be more than $3 million. 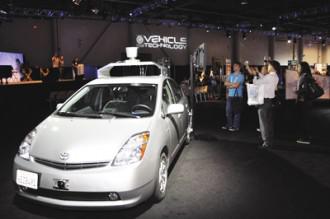