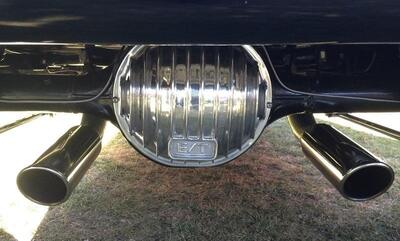 In response to constituent complaints, councilmembers in Washington, D.C., have introduced the Vehicular Noise Reduction Act of 2023, which would test noise cameras to ticket loud cars and trucks. The program would take place over a two-year period with at least two cameras installed in each of the city’s eight wards. The bill does not specify fine amounts but would instead leave that power with the city’s mayor.

If passed, Washington would join New York City and Knoxville, Tennessee, as the only jurisdictions in the United States to deploy such cameras, which take a photo if a certain sound limit is reached. However, neither the sound meter nor the camera can differentiate what caused the offending noise. It is up to a reviewer to make that determination, which may require that individual to select from a group of vehicles in an intersection and then issue a ticket. Given the intended use in an urban area, which will have a higher concentration of vehicles and buildings that reflect sound, the feasibility of using these devices to accurately pinpoint and ticket the offender has already proven difficult. For example, when the Canadian city of Edmonton, Alberta, tested the technology during a three-month period at a cost of $192,000, it only resulted in one successful enforcement.

In 2022, California Governor Gavin Newsom signed into a bill (SB 1079) that requires the state to study the effectiveness of noise-detecting cameras to enforce motor-vehicle exhaust noise laws prior to deploying them. An early version of the bill would have allowed six cities to begin issuing tickets using cameras, but the bill was positively amended after it was determined that the technology was too early in development to be a reliable enforcement mechanism.

For decades, SEMA has successfully worked to ensure that states enact reasonable muffler noise laws that are not burdensome to the industry while not creating a nuisance for local communities. Successfully enacted in states such as California, Maine and Montana, SEMA’s model bill sets one exhaust noise limit (95 decibels) and uses an objective test procedure (SAE J1492) to determine compliance. If enacted, D.C.’s cameras would be triggered at a sound level considerably higher (over 97.9 or 103.9 decibels, depending on vehicle speed) than SEMA’s model.