Thriving Through a Private-Equity Sale

Many employees hear things like “the company’s for sale” or “we’re being sold to a private-equity firm” and conjure up an image of Michael Douglas playing the role of Gordon Gekko, the ruthless slick-haired Wall-Street tycoon. They see the man who said “greed is good” taking over their company, firing everyone and counting the checks after he sells the business.

That rarely happens, and as former SEMA Chairman of the Board Wade Kawasaki, explained in a webinar entitled “Thriving During Corporate Climate Change,” a private-equity investor purchasing a company can actually be a boost for the business.

“They’re going to want to win, increase the size of the company, increase their market share,” Kawasaki said during the webinar. “To me, the best way to keep your job is to not worry that you’re going to lose it.” 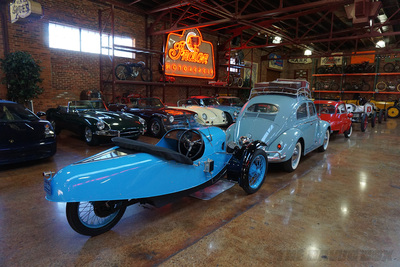 A visit to the Coker Museum should be on the bucket list of any vintage car enthusiast.

During the webinar, Kawasaki, who became the CEO of Coker Tire after he and a private-equity investor bought the company, walked viewers through the process of a private-equity firm acquiring a company and the ways an employee can ensure long-term job security.

The webinar was hosted by SEMA’s Businesswomen’s Network (SBN) and chair Allison Harding, who introduced the presentation by noting, “The [SBN’s] resource and events committee has been hard at work to provide additional resources for our members to enhance their professional career paths.”

Coker Tire was rebranded as part of Legendary Companies when Kawasaki and the management team purchased the business. Brands under the corporate umbrella include Wheels Vintiques and Paragon Corvette, and the company has a partnership with a German distributor to sell products for vintage cars overseas.

During the webinar, Kawasaki explained the process of a private-equity sale. He discussed the types of private-equity companies, those that are most likely to invest in automotive aftermarket, and other topics.

Obviously, the first step is making the decision to sell. “The reasons for selling are many,” said Kawasaki. “It could be a family company that doesn’t have a next generation that wants to run the company and would like to position it so [they] can retire.”

He continued, “It could be a need for capital for growth, we just need more money to do what we need to do.”

From the investor’s standpoint, Kawasaki said, an acquiring company will look at five things: the market, the company’s competitive position, the management team, how the business is valuated and the corporate structure.

“When you’re looking for a business, you need to make sure that they are in a space where you can win,” said Kawasaki. “The automotive aftermarket has always been very resilient.”

SEMA estimates the value of the automotive aftermarket at $52 billion broken into many segments. “Understanding your segment and the potential within that segment is pretty crucial as you present this to private equity,” said Kawasaki.

A key factor for a business is its ability to produce barriers to entry that make the company look more attractive than the competition. For example, Coker Tire has 1,100 molds for vintage and current tires in its warehouse and it licenses the rights to those tires to companies like Firestone, BFGoodrich, Uniroyal and more. “It costs millions of dollars to make those molds,” said Kawasaki. “The more barriers to entry your business has, the higher price you’ll get, and the more important that staff is that created those barriers.”

A potential buyer is also going to want to look at the long-term forecast. An investor may be focused on long-term success, but it might not want to invest long-term.

“Can you continue to have that unique product or service or different company or product, and why can your company win over the long term?” asked Kawasaki.

Smart people refer to other smart people, and Kawasaki brought up a favorite quote from investing guru Warren Buffet: “The key to investing is not assessing how much the industry is going to affect society or how much it will grow, but rather determining the competitive advantage of any given company and, above all, the durability of that advantage.” 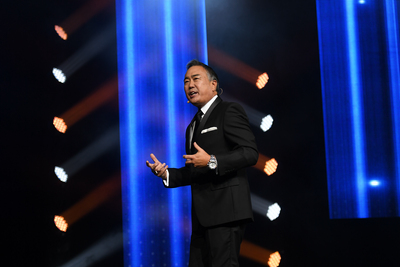 One critical element of the automotive aftermarket segment is something that many investors might overlook. “We don’t sell something people need,” said Kawasaki. “Nobody needs to buy a single thing we sell. We’re driven by passion. All the companies on this [webinar] call are passionate about what they do and create the need for their product.”

He added that a private-equity firm looks closely at the CEO of a company under consideration for purchase. “Besides the CEO, they’re going to be looking at having that A-plus management team with a track record of success, and that they’ve been able to accomplish those things they’ve been asked to accomplish,” said Kawasaki. “They’re looking for those managers who are smarter than them.”

Once a company commits to selling, a couple of things could happen. One of the first items on the list might be retaining an investment banking firm.

“Depending on the size of the company, it may be hiring a banker, it might be hiring a consultant,” said Kawasaki. “There are many consultants in the automotive aftermarket that will help guide you through the sale process.”

The company will also need to come up with a statement describing why it would be attractive to potential buyers. A Confidential Information Memorandum (CIM) provides specifics for the company that’s up for sale.

“The next thing that happens is the investment banker, consultant or your marketing team prepares a pitch deck,” said Kawasaki. “That pitch deck is what you’re going to turn into a CIM that’s going out to private-equity companies for them to decide if this is something that’s going to interest them or not.”

While a private-equity firm is one potential category of investor or owner, there may be situations where a competitor would be interested in buying a company to solidify or enhance its position in the industry.

He explained that deciding to sell and coming up with the CIM and potential list of buyers takes about 30 days. Then it’s another month to get the information out to prospective buyers.

“The next step is going to depend on the structure of the deal,” said Kawasaki. “It’s either going to be a management call or management meeting to take a look the CIM and formulating a letter of intent and sending it off to the company.” 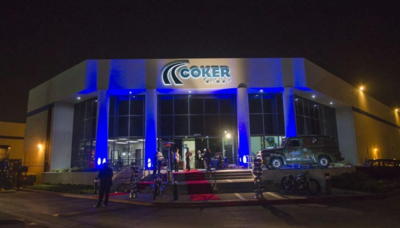 In the case of the Coker Group, the company fielded many calls with prospective buyers to explain the CIM instead of a more-drawn-out presentation.

“We sent out hundreds of CIMs and got dozens of letters of intent,” said Kawasaki. “All the letters came back to the ownership group. We looked at those and decided who we wanted to come out and make a presentation, looking at not only the things that are covered in the CIM but also [going] into greater detail of our market size and [how] they would get a more confidential look at the company.”

The management team then decides if it wants to be exclusive with one of those companies to move forward. For the Coker Group, it was about more than money. The company narrowed the field down to three investment bankers before management decided it found the right fit.

“The bid didn’t just include the dollars,” said Kawasaki. “The bid included what they planned to do with the company, how they planned to involve the management team, so there were many other discussions that came up before we made a decision.”

He continued, “We didn’t choose the highest bid, we chose the one that had the best overall package that made the best sense for the go-forward company.”

During the webinar, questions were raised that focused on quelling the concerns that employees at the company being purchased are likely to feel. “It’s very important that the entire team understands what’s going on,” said Kawasaki. “The team doesn’t need to know you’ve hired an investment banker, but once the CIM goes out and the process continues, that’s when we had a townhall meeting with the entire staff.”

Kawasaki held a meeting with all of the company’s employees and tried to be as transparent as possible to make people more comfortable. “That’s how they understand the full process,” said Kawasaki. “The same process I outlined today, I outlined in our townhall meeting. The more you can share, and the earlier you can share, the better off you’ll be.”

It’s also critical to have good team leaders in place. “The more important questions got asked after the meeting, so it’s those team leaders who can get the information from the ownership team going forward,” said Kawasaki.

He added that it’s rare that a private-equity firm will insert a person into a company that it’s purchasing. In the case of Coker Tires, the COVID-19 pandemic presented unique challenges from the supply-chain perspective. The investing company had a supply-chain specialist who helped Coker find creative ways to deal with slowdowns.

SBN Women's Leadership Forum, From A Participant's Point of View