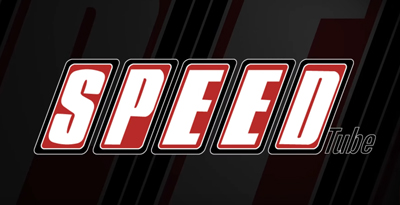 SPEEDTubeTV is actively seeking new content creators and talent to feature in new programming. Whether you’re a prolific producer, a bespoke builder, a raucous racer or discerning designer, SPEEDTubeTV wants you for upcoming shows, and they are open to meeting with prospects at this year’s Performance Racing Industry (PRI) Trade Show, December 8–10.

Think you got what it takes to be the next SPEEDTubeTV star? Stop by booth #7192 at PRI, sponsored by INSPEX, and ask for Brian Bossone or Ray Iddings, executive producer and head of content. They want to talk with you.

The booth will feature autograph signings with drag race royalty:

All programming on SPEEDTubeTV’s YouTube channel is free of charge. New episodes of their popular automotive programming are added every Tuesday and Thursday and new shows are added and updated on a consistent basis. For more information, visit www.SPEEDTubetv.com. 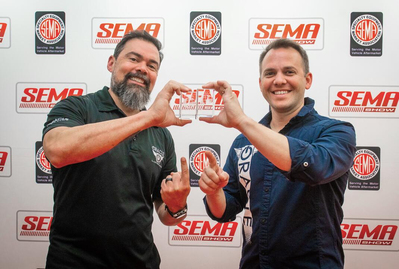 ORACLE Lighting walked away from the 2022 SEMA Show with four more awards to add to its showcase.

MidwayPlus has announced the completion of a successful partnership with a major global freight carrier. Providing a comprehensive single log-in B2B platform, the new partnership includes impressive pre-negotiated rates. These rates include shipping solutions for manufacturers, logistics and customs brokerage solutions to meet growing client demand for better shipping rates. The new freight program is poised to save clients thousands of dollars annually, by allowing companies to capitalize on pre-negotiated rates and passing those rates onto their buyers for shipping with in the 48 continental United States.

NHRA officials announced the promotion of Mike Rice to senior director of competition and the addition of Matt DeYoung as division director of the Pacific Division (Division 7).

Rice, who started with NHRA in 2001, served as the division director of Division 7 for 16 years. In his new role as NHRA senior director of competition, Rice will lead tower operations at all NHRA national events, coordinate and maintain daily on-track schedules, and communicate with race teams. Rice will also be instrumental in guiding the division directors with his years of experience.

With Rice in his new role as NHRA senior director of competition, DeYoung will step into the Division 7, working with the NHRA member tracks in Arizona, California, Nevada, New Mexico and Hawaii. Prior to his new role, DeYoung managed Tucson Dragway for five years. 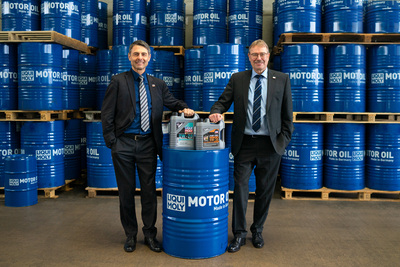 The long-standing commercial director of the company in Ulm, Dr. Uli Weller, will become the second managing director of the group of companies at the start of 2023. For LIQUI MOLY, this is a logical step and a guarantee for lasting stability and security. “My responsibility is to lead our company into a secure future. For me, a second managing director means perfect strategic support,” said Günter Hiermaier.

With this step, Dr. Weller will be promoted to an additional managing director of the LIQUI MOLY Group, which also includes the Meguin GmbH & Co. KG Mineraloelwerke in Saarlouis as well numerous LIQUI MOLY subsidiaries abroad. He will continue functioning as the commercial director.

Bosch Engineering has announced Ingo Mauel has taken over management of Bosch Motorsports. He succeeds Dr. Klaus Boettcher, who will go into early retirement at the end of January following 23 years as the leader of Bosch Motorsport. Mauel has been with Bosch since 1996 and has worked in various management roles in electronics, software and systems development, among others. In 2015, he assumed leadership of the motorsport engineering department.

During his time as the face of Bosch Motorsport, Dr. Boettcher experienced countless victories and championships, including successes in the German Touring Car Masters (DTM), in the 24 Hours of Le Mans with Audi, Bentley and Peugeot, in rally series and in the customer racing sector.

Speedway Motorsports has announced that motorsports industry executive Matt Greci has been promoted to senior vice president and general manager at Nashville Superspeedway. He replaces Erik Moses, who leaves on December 2 to become executive director of the Fiesta Bowl.

No stranger to Speedway Motorsports, Greci relocated to Nashville shortly after the company acquired the 1.33-mile speedway as part of its purchase of Dover Motorsports in 2021. Prior to that, Greci spent nearly 16 years at Charlotte Motor Speedway (Concord, North Carolina), where he began his career as a sales department intern, then joined the speedway full-time as the track rental and suite coordinator for corporate sales. Greci moved to the events department in 2008, working his way from events manager to vice president of events.

During his tenure at Charlotte, Greci earned recognition as the CMS Employee of the Year in 2013. He also received the company’s highest honor, the Speedway Motorsports O. Bruton Smith Award, in 2018 while managing event production at zMAX Dragway, The Dirt Track and the superspeedway.