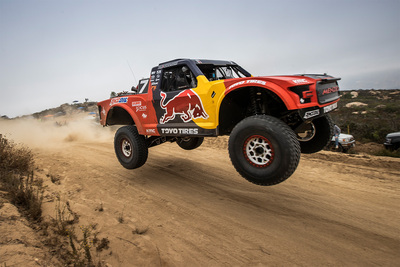 Brown put together a run of 3.672 seconds at 335.73 mph in his 11,000hp Matco Tools dragster, slipping past points leader Justin Ashley on a holeshot in the final round to win his first race in the Countdown to the Championship since 2016. Brown moved to second in the points standings with four races left in 2022.

Capps, the defending world champ in Funny Car, also pulled to second in points with his win last Sunday, hanging on against Alexis DeJoria in the championship round with a 3.967 at 267.32 in his 11,000hp NAPA Auto Parts Toyota GR Supra. Capps is 27 points behind leader Robert Hight as the Countdown to the Championship nears the halfway mark.

Stanfield captured his first career Countdown to the Championship victory by knocking off Matt Hartford in the final round with a run of 6.567 at 210.21 in his Janac Brothers Chevrolet Camaro. Stanfield pulled within 64 points after his impressive day at zMAX Dragway.

Officials with the International Hot Rod Association (IHRA) have confirmed its Sportsman racing programs, including the IHRA Sportsman Spectacular presented by Hagerty and Moser Engineering, the IHRA Ironman Classic, the IHRA Summit Team Finals and the IHRA Summit SuperSeries World Finals, will continue in 2023 and beyond. There are no plans to “bring back Nitro or Pro Mod racing,” officials stated.

TFR Distribution—the retail and wholesale distributor of LFR and Troyer Race Cars based in West Boylston, Massachusetts—has announced a new strategic alignment with two companies: Buzze Racing and Hamke Racecars. To better serve Southern modified racing customers, Buzze Racing will serve as the official dealer for all Troyer Modified and LFR Modified needs, including fully completed chassis to parts and components. Hamke Racecars, meanwhile, will serve as the official repair facility for Troyer and LFR customers. The news follows Buzze Racing’s recent move to a facility next door to Hamke Racecars. For more information, visit tfrdistribution.com,
buzzeracing.com, and hamkeracecarsandparts.com.