Oracle Lighting has named Brendan Bohac as the company’s new marketing manager, Bohac has a B.A. in communications from the University of Kentucky. In this position, he will be responsible for all aspects of Oracle Lighting’s marketing efforts, including managing SEO and public/media relations teams, creating and executing email marketing campaigns, coordinating promotional and trade show activities and more.

SSV Works has announced the launch of the new SSVWorks.com. Compared to the previous website, the new ssvworks.com has better overall aesthetics and organization and easier navigation for customers and internal system linking that keeps products consistently up-to-date. During the purchase process with the new Shopify platform, zero-interest financing is now available. Popular payments, such as Amazon Pay, Apple Pay and more are now available. 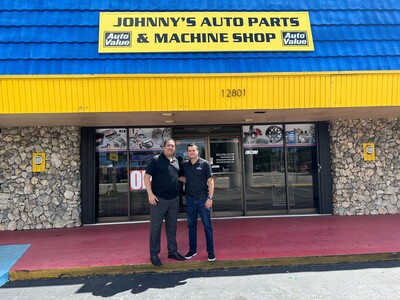 Vitalen Auto Performance (DBA Pedal Commander) has announced it has received official notice that a California Air Resources Board (CARB) Executive Order (EO) D-840-1 and D-840-3 was issued on September 6, for Pedal Commander’s ’11+ Ford Gas and Ford Diesel Throttle Response Systems. The EO D-840-1 and D-840-3 affirms that it has been found not to reduce the effectiveness of the applicable vehicle pollution control systems and, therefore, is exempt from the prohibitions of Section 27156 of the Vehicle Code. The CARB EO is recognized by the U.S. Environmental Protection Agency (EPA) and is accepted in all 50 states, meaning the Pedal Commander can be legally purchased and installed in every state, including California. Larry Sartore, of Vitalen Auto Performance, was the driving force behind obtaining the CARB EO. It is illegal to sell aftermarket parts without a CARB EO in California and many other states if the part affects emissions or the emissions-control system. 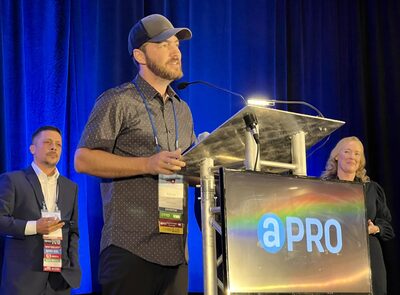 At RTO World 2022, RNR Tire Express was recognized for its unparalleled operations and advancement of the rent-to-own industry when it received two of the year’s most prestigious awards.

RTO World 2022 recently wrapped up its fifth annual national trade show and convention in Indianapolis, Indiana, and during the Hall of Honor Inductees ceremony, RNR Tire Express was recognized for its unparalleled operations and advancement of the rent-to-own industry when it received two of the year’s most prestigious awards.

Candice Hill, an RNR Tire Express franchisee out of Springdale, Arkansas, and the president of the Arkansas Rental Dealers Association, won State Association of the Year for her work to advance the industry within her home state.

Adam Sutton, president of RNR Tire Express, was named 2022s APRO Rental Dealer of the Year, not only for his work to expand the boundaries of rent-to-own and aid in the growth of one of the nation’s leading tire and wheel franchise retailers, but also for having served as a mentor and a “beacon” for emerging industry names and concepts over the years.