“Our entire team at Apollo is beyond excited to have a celebrities of John and Gooch’s caliber in our booth to talk shop and sign autographs for those in attendance,” stated John Darroch, president and CEO.

Burgess was born and raised on the north side of Houston, and has built a reputation as a leader within the custom upholstery industry. John has more than 30 years of experience in the custom automotive industry and now highlights his talent as the main custom interior personality on “Texas Metal.”

McCoy of Gooch Customs has been one of the leading freehand pinstripers and custom painters in the game since 2005. With numerous wins from the custom car and motorcycle show circuits, along with publications such as Street Trucks, Trucking and All Time Low, McCoy relies on his experience and steady hand to help create one-of-a-kind masterpieces. 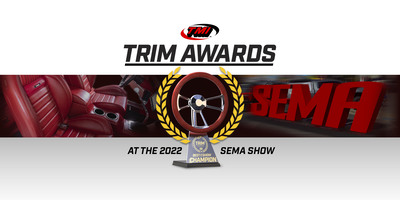 At the 2022 SEMA Show in Las Vegas, TMI Products will recognize the builders who have created one-of-a-kind vehicles with the TRIM Awards, which were created to recognize the forethought it takes to not only create a finely crafted custom vehicle, but also incorporate the interior into that design. Since the TRIM Awards will be presented live at the SEMA Show, only the most detailed and creative interior installs will be considered.

Each individual category winner will receive a $500 voucher and the Best of Show Champion will receive a certificate for a complete interior for their next build ($8,000 value) that can be used to purchase TMI interior products.

A panel of insiders from the aftermarket industry, including the TRIM Awards host, will present the awards. They include Kevin Oeste of V8 Speed & Resto Shop and voice of the 2022 SEMA Show; Sean Holman, content director of the Truck and Off-Road Group at Motor Trend and co-host of “The Truck Show” podcast; Sara Morosan, 2021 SEMA Person of the Year, multi Ford Design award winner and co owner of LGE/CTS Motorsports; Theresa Contreras, PPG brand ambassador, multi Ford Design award winner and co-owner of LGE/CTS Motorsports; and Marcel Venable and Jason Mulligan, co-owners of Auto Revolution on Amazon Prime.

All contestants must have a vehicle on display at the 2022 SEMA Show. The awards will be presented on stage in the TMI booth #24477, located in the Central Hall, Wednesday, November 2, at 12:00 p.m. Contestants must be present during the awards ceremony. 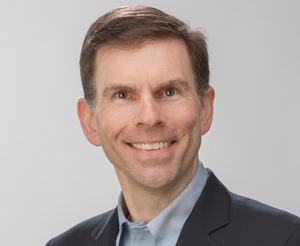 Quadratec Inc.’s CEO Ted Wentz had been recognized as a 2022 Philadelphia Titan 100 by Titan CEO. The program recognizes Philadelphia’s top 100 CEOs and C-level executives who are the region’s most accomplished business leaders in their industries, using benchmarks that include exceptional leadership, vision and passion.

“I am humbled and honored to be part of the Philadelphia Titan 100,” Wentz said. “It is exciting to be part of such an innovative and dedicated group of leaders right here in our great community. I look forward to learning from all of them.”

Wentz has served as Quadratec’s CEO since October 2017 and is a member of the SEMA Board of Directors. He also holds a seat on the University of North Carolina’s Kenan-Flagler Business School Family Enterprise Center Board of Advisors. The Titan 100 embodies the diversity of the Philadelphia business landscape representing technology, manufacturing, education, healthcare, construction/real estate, staffing, professional services, hospitality, transportation, non-profit organizations and many others.

Ford has revealed the all-new seventh-generation Ford Mustang, described by the automaker as “the most exhilarating and visceral yet, from its fighter jet-inspired digital cockpit to new advanced turbocharged and naturally aspirated engines to its edgier yet timeless exterior design.”

“Investing in another generation of Mustang is a big statement at a time when many of our competitors are exiting the business of internal-combustion vehicles,” said Jim Farley, CEO of Ford Motor Company. “Ford, however, is turbocharging its ICE growth plan, adding connected technology, opinionated derivatives and hybrid options to our most profitable and popular cars—all in the Ford Blue family—on top of investing $50 billion in electric vehicles through 2026.”

In addition, Ford has announced GT3 and GT4 versions of the seventh-generation Ford Mustang, which are scheduled to race in IMSA. The Mustang GT4 will be eligible to compete in 2023 in the IMSA Michelin Pilot Challenge’s Grand Sport (GS) class and in the new IMSA VP Racing SportsCar Challenge’s GSX class. The Mustang GT3 is set for IMSA WeatherTech SportsCar Championship competition in the GTD PRO and GT Daytona (GTD) classes starting in 2024. Likewise, a new version of the Mustang will debut next season in the Australian Supercars series, and in coming years, newly designed models will debut in the NASCAR Cup series and NHRA Factory X racing.

The MAHLE Supervisory Board has made two new appointments to positions on the Group Management Board. Arnd Franz will become CEO and chairman of the Management Board of the MAHLE Group. Franz has been the CEO of LKQ Europe GmbH, Zug (Switzerland) since 2019 and is now returning to MAHLE, where he had previously worked for 18 years. Franz will take up his position as CEO on November 1.

Michael Frick, a long-standing member of the Group Management Board responsible for finance, is leaving the company at his own wish and resigning on November 1. His successor is Markus Kapaun, who has worked for the group for almost 20 years, most recently as vice president, finance and accounting, Europe.

VP Racing Fuels Inc. has announced that Kevin Temple is joining VP as vice president, branded retail. Most recently, Temple was director of business development at Phillips, where he negotiated deals for more than $500 million in sales. His career responsibilities have included leadership roles across the many disciplines of downstream petroleum sales and marketing operations, strategic sourcing, wholesale account management and sales force excellence. T

Assuming the role of vice president of product management is Ben Dolan, who was most recently VP’s vice president of branded retail. Dolan joined VP in 2020 following more than 20 years of sales and marketing experience across a broad range of industries.

The Fédération Internationale de l’Automobile (FIA)—the international motorsports association based in Paris, France—has appointed U.S.-born Natalie Robyn as its first-ever CEO. Robyn, an international executive, holds more than 15 years of experience in both the automotive and financial sectors. Prior to joining the FIA, Robyn had a variety of senior management positions at Volvo, Nissan, and Mercedes-Benz Group AG, formerly named DaimlerChrysler.

In this new role, she will be responsible for “the successful operation and financial performance of an integrated and aligned FIA administration, as well as driving the overall strategy to deliver the leadership’s vision of reform the Federation,” officials from the FIA stated in a release. She will also help develop new commercial growth plans to increase and diversify the FIA’s revenue streams.