The California 300 Off-Road Race to Take Over Barstow, California, October 12–16 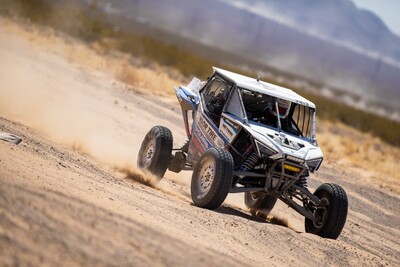 The California 300 will take place on a newly mapped 75-mile racecourse in Barstow, California, and will be a four lap race.

The Martelli Brothers have announced they are bringing their Mint 400 level of off-road event promotion home to California this fall for a brand-new major off-road desert race named The California 300. The announcement comes after more than a decade of promoting and producing two of the most popular and visible off-road desert races in the sport, The Mint 400 and The UTV World Championship.

The new event will be held near the historic off-road riding and testing area of Barstow, California—the birthplace of some of the sport’s greatest racers, builders, fabricators and industry’s technological wizards. The new event will feature 40+ classes, pre-running and a public poker run, as well as professional media coverage by Mad Media—the Martelli Brothers owned media group that has set the standard for off-road television and livestream coverage.

The California 300 will take place on a newly mapped 75-mile racecourse, and will be a four-lap race. The elite Unlimited Truck class will battle it out against each other in their own dedicated race on Saturday, October 15, with Class 1, Unlimited Truck SPECs and other select classes racing earlier that day. Limited class racing will take place on Friday, October 14, highlighted by the inclusion of the UTV World Championship races. Pre-running, technical Inspection, an off-road festival and a public poker run will take place earlier in the week.

Details regarding racer registration, sponsorship packages, exhibitor vending, spectator tickets, camping and parking passes will all be released over the coming months and race registration will be available through Off-RoadRacer.com soon. 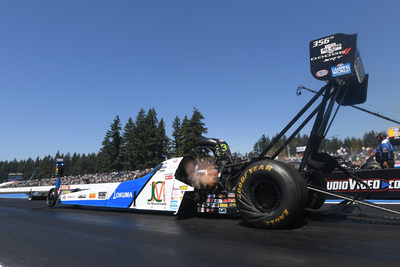 Tony Schumacher held off points leader Brittany Force in the final round, going 3.977 seconds at 251.34 mph in his 11,000hp Okuma dragster.

Schumacher held off points leader Brittany Force in the final round, going 3.977 seconds at 251.34 mph in his 11,000hp Okuma dragster. Force set the track speed record on Sunday with a run of 332.43 and stretched her points lead to 71 points over Mike Salinas.

Hight wrapped up a nearly perfect Western Swing with another spectacular Sunday performance, delivering a stellar 3.975 at 319.98 in his 11,000hp Auto Club Chevrolet Camaro SS to slip past J.R. Todd in the final round. Hight’s points lead now stands at 228 points over Matt Hagan.

Coughlin Jr. broke through in a major way on Sunday in Pro Stock, getting his first career win as a professional, going 6.638 at 208.68 in his JEGS.com/Elite Motorsports Chevrolet Camaro in the final round to slip past teammate and points leader Erica Enders, who extended her points lead to 103 points over Stanfield in the process.

IMS Announces IMSA Battle on the Bricks for 2023

For the first time since 2014, the IMSA WeatherTech SportsCar Championship will return to Indianapolis Motor Speedway on September 15–17, 2023, as the headline event of a full weekend of IMSA sports car action billed as the “IMSA Battle on the Bricks” around the 14-turn, 2.439-mile road course. The two-hour, 40-minute WeatherTech Championship event will be held on Sunday, September 17, with live NBC network television coverage.

The IMSA Michelin Pilot Challenge will headline the action on Saturday, September 16, with a four-hour, bumper-to-bumper traffic jam of production-based race cars. The weekend also will include other IMSA-sanctioned single-make series to be announced later.

Looking forward, IMSA will return to the Racing Capital of the World in 2024 and 2025, as well, for longer endurance races. Fans who purchase race tickets or infield camping in 2023 will have first access to secure those spots for the 2024 IMSA endurance race. For more information, visit ims.com or imsa.com.

As part of the announcement, Richard Cregan moves into a consultancy role, where he will continue to provide his knowledge and experience to support Epp and the management team. Epp’s experience includes roles with the Kansas City Chiefs football and San Diego Padres baseball teams. He also served as the general manager of the Hall of Fame Racing, a former NASCAR Sprint Cup Series race team based in Charlotte, North Carolina. Prior, he was vice president of business development for Sports Management Network, a motorsports representation and consulting firm.

Additionally, Epp spent five years with Chip Ganassi Racing, the motorsports organization with teams that competed in NASCAR, IndyCar, and GrandAm Series. He got his start in the industry as a marketing assistant at Kansas Speedway. The dates for the 2023 Miami Grand Prix will be announced later.