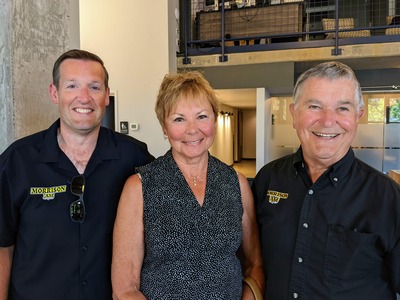 Matt Jones, who joined Art Morrison Enterprises (AME) in 2005 was hand-selected by Art Morrison to purchase the controlling interest in AME. Over his nearly 20-year tenure, Jones has worked closely with company founder Art Morrison and the late Craig Morrison in numerous instrumental roles including lead engineer, operations manager and now president.

The prime motivator in the development of the AME Multi-Link I.R.S., Jones has been an automotive enthusiast all his life. His silver ’69 Camaro became the development “mule” for many of AME’s suspension components, which scored high marks in several “suspension shootouts” held by leading enthusiast publications.

Meyer Distributing Inc. has announced the addition of its Calgary, Alberta, location. The cross-dock will have a direct, next-day feed from Meyer’s Hermiston, Oregon, distribution hub, which houses one of the largest inventories of automotive accessories, exhaust, and RV parts in the region. 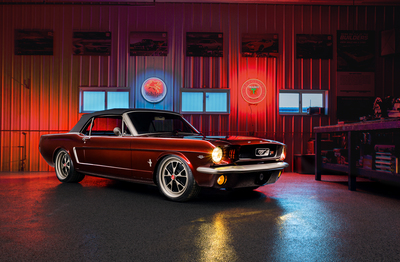 Ringbrothers has unveiled its latest creation—a custom-built ’64.5 Ford Mustang convertible known as “CAGED.” The design objective was to subtly evolve and modernize the original Mustang’s lines and proportions while honoring the aesthetic of Ford’s original pony car. The result is a modern appeal and unbridled performance mating the design of a 20th-century icon with the technology of the 21st.

Born from an original ’64.5 Mustang convertible, nearly every component is a Ringbrothers-built one-off piece, with the only factory Mustang parts being the center caps for the wheels. The Ringbrothers team conducted extensive metalwork converting the Roadster Shop FAST TRACK chassis back into a unibody, as well as widening and lengthening the bodywork by one inch. The BASF Glasurit “Burgundy Brave” finish was then applied, and all the chrome and stainless-steel trim was treated with Cerakote Titanium C-105P.

The redesigned front grille is set back 2 in. and feeds air into a Ford Performance 5.0L Coyote V8 crate engine filled with Motul engine oil for protection and performance. The Coyote sings its tune thanks to custom-built headers by Ringbrothers and a Flowmaster exhaust system. Drive routes through Ford’s 10R80 10-speed automatic transmission. The Mustang grips the tarmac thanks to a set of Continental tires wrapped around one-off 18-in. EVOD Industries wheels mirroring the style of the Mustang’s iconic Rally wheels. Handling comes courtesy of Penske Racing Shocks RS Edition performance coilovers front and rear, an independent rear suspension and a set of Baer Brakes for stopping power. 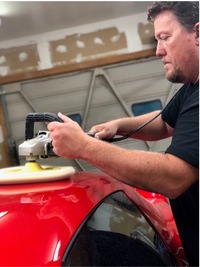 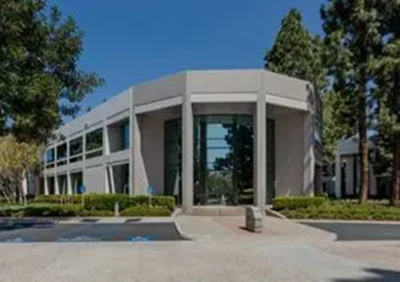 Located in the heart of Irvine’s technology corridor and in close proximity to the Irvine Spectrum Center, the 16,000-sq.-ft. facility is now open in support of Mullen’s expanding automotive team. As the company continues to grow, various automotive teams are being strategically split between the Mullen Monrovia and Irvine locations. Currently, it is planned that Irvine Automotive Development Center will be home to the engineering design and development, styling, program management, marketing and finance teams, whereas battery, powertrain, thermal and infotainment teams will be located at the high-voltage facility in Monrovia, California.

Mullen recently announced the “Strikingly Different” U.S. Test Drive Tour for the Mullen FIVE EV crossover, covering 19 cities across the United States. The tour will begin this fall in Southern California and work its way throughout the country. Further details can be found here, or place your Mullen FIVE reservation here.

Robinson has several years of experience in the racing industry beginning in 2009 as the series director, promoter and general manager of Lucas Oil Speedway in Wheatland, Missouri. In 2018, he became the director of racing operations with Lucas Oil Products before being promoted to vice president of motorsports operations.

At the beginning of the year, Robinson was appointed COO at marketing and multimedia company XR, where he helped organize events and streaming broadcasts for races including the Bristol Dirt Nationals.