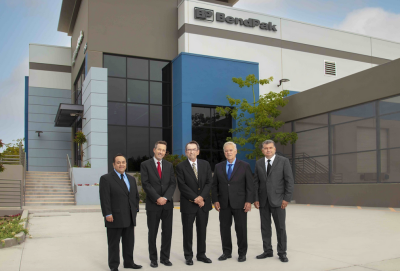 Brembo and Gold Phoenix have signed a 50/50 joint venture agreement (subject to the local and antitrust usual fulfilments) establishing a new company, Shandong BRGP Friction Technology Co. Ltd., to create the first large-scale Brembo manufacturing facility fully dedicated to produce aftermarket pads. The newly formed company will bring together Brembo’s leadership in braking systems with Gold Phoenix’s high-tech friction solutions, and it will focus on product quality and innovation, especially in terms of performance, comfort, durability and sustainability, with the aim of anticipating the challenges of electrification and autonomous driving, according to the companies.

The Joint Venture will serve the segments of passenger cars, light commercial vehicles and heavy-duty trucks, leveraging on new opportunities arising from a growing market. Shandong BRGP Friction Technology Co. Ltd. is expected to start operations in early 2023 in Jinan, the capital of Shandong province in Eastern China. The overall investment from both companies is approximately € 35 million over the next three years.

Columbus, Indiana-based Cummins has announced Jennifer Rumsey, president and COO, will assume the role of president and CEO. She replaces CEO Tom Linebarger, who ends his term with the diesel and alternative fuel engine and component manufacturer on August 1.

Rumsey will be the seventh CEO and first woman to lead the company since it was founded in 1919. Linebarger will continue to serve as chairman and executive chairman of the board of directors, working directly with Rumsey on specific initiatives, including the pending acquisition of commercial vehicle aftermarket manufacturer Meritor.

Since taking on the role of COO in March 2021, Rumsey has overseen Cummins’ global operations. In February, she was elected to the Cummins board of directors. She will continue to maintain her seat on the board.

Blankenship has more than 30 years of experience with non-profits, corporate, trade associations and public policy. Before this position, she served as LSI’s operations manager for the research and development department since December 2020.

K&K Insurance, the Fort Wayne, Indiana-based motorsports insurance company, has announced Ron Norton as its new president and CEO. He replaces Todd Bixler, who retired after 12 years with the company.

With 36 years at K&K, Norton began as an associate underwriter in 1986, according to published reports. He would later manage programs, including leisure camps, campgrounds and more before being promoted to vice president of the leisure division in 2007. In 2019, he was promoted to chief underwriting officer.