Power Automedia has announced the hiring of Jeremy Nichols as editor of LSX Magazine. Nichols joins the Power Automedia editorial team at an ideal time as the previous LSX Editor, Brian Havins, continues to develop his recently acquired role as director of content and consumer marketing. Having gotten his start doing sales for Nitrous Express as a teenager, Nichols had an early interest in the LS platform and saw its potential firsthand. Most recently, he served as the shop manager and Lead Tech/Fabricator at 4 Wheel Performance.

Xcite Automotive announced that it has acquired Buffalo-based CarsByText.com, an automation platform for dealership operations and marketing that leverages the power of simple experiences using text messaging, digital, and video to drive engagements.

CarsByText.com enables automation through a no-software, text-based experience that increases user adoption with minimal training and documentation. The technology powering CarsByText is already being used by multiple Fortune 500 brands and a growing number of automotive dealers and dealer groups. 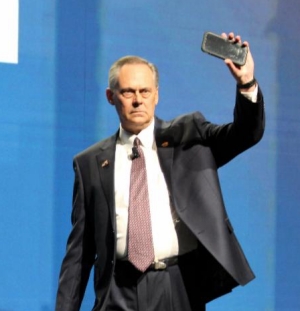 Scott Allen, owner of Auto Land in Haltom City, Texas, began his term as president of the National Independent Automobile Dealers Association for '22-'23 by receiving the President's Ring during the 76th annual NIADA Convention and Expo at the MGM Grand in Las Vegas.