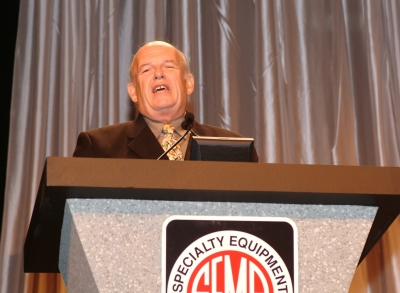 McJannett was named the SEMA Person of the Year in 1990 and was inducted into the SEMA Hall of Fame in 2003. He also served as a select committee member for several SEMA councils and networks, including the Motorsports Parts Manufacturers Council.

As an automotive enthusiast, business founder, and volunteer, McJannett shared his experience and wisdom with others throughout the industry. He was dedicated to offering guidance for the next generation of enthusiasts and entrepreneurs entering the aftermarket. His valuable insight was featured through articles he penned for SEMA News magazine, including a regular column that covered topics from sales tips for new employees, to ways for employers to enhance staff morale.

In place of flowers, donations can be made to one of McJannett's favorite charities, barthsyndrome.ca.