MotorTrend Group has announced that respected automotive media industry veterans Eric Tingwall and Mike Galimi have joined the company as MotorTrend testing director and HOT ROD network director, respectively. The announcement was made by Ed Loh, head of editorial for MotorTrend Group, to whom both will report.

As testing director, award-winning journalist Tingwall is responsible for leading MotorTrend’s vehicle-testing team and overseeing all testing, data collection and related reporting as the company evolves to meet the demands of the industry’s electrified and software-driven future. With 15 years of experience in automotive publishing, Tingwall is a proven, creative storyteller who brings an extensive background of testing and evaluating new vehicles and emerging technologies. Most recently, he led a content marketing program for Capital One Auto Finance, managing more than 20 freelance writers and editors. Prior to that, Tingwall served as technical director and print director over a span of eight years for Car and Driver. He will be based at MotorTrend’s Detroit office.

As part of a strategy to expand premium storytelling across MotorTrend Group’s digital platforms, Galimi, HOT ROD’s network director, will guide the editorial direction of HOT ROD toward broader and deeper connections between the video content and online, print and social-media platforms. Galimi brings 15 years of experience managing editorial teams, most recently as director of content and marketing at ProMedia, the parent company of National Mustang Racers Association and National Muscle Car Association. He will be based in New York. 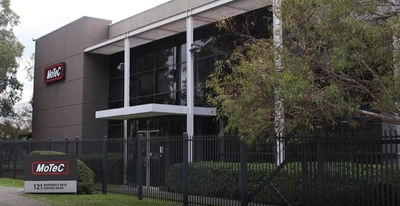 Bosch Engineering GmbH—the manufacturer of electronics for automotive and more applications based in Abstatt, Germany—has announced plans to acquire MoTeC Group, headquartered in Melbourne, Australia. Following approval, MoTeC will become an integral part of Bosch Motorsport, a business unit of Bosch Engineering GmbH, but will continue to operate as a separate entity under its own brand. The acquisition will allow Bosch Motorsport to extend its product portfolio and distribution.

MoTeC specializes in developing, manufacturing, and distributing motorsport technology for teams in numerous racing series. MoTeC’s portfolio includes vehicle and engine control units, displays, data loggers and onboard power supply-control units for conventional and electrified racing series. The company serves its customers in Australia, Asia-Pacific, Europe, the United States and Japan through a global network of around 250 dealers. For more information, visit bosch-engineering.com and motec.com.au.