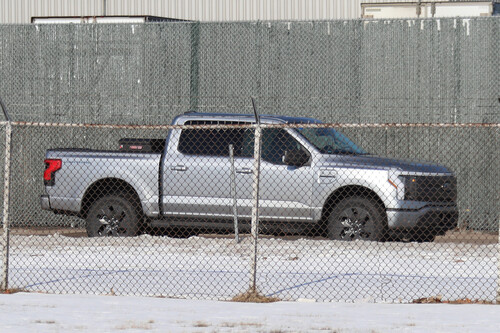 Almost two years ago, TheDrive discovered patent documents filed by Ford that were titled “electrified vehicles with a removable and interchangeable range-extending generators.”

This brings us to our shots, we first caught a look at this prototype back in February and then again late last week. The Lightning prototype features the aforementioned “toolbox” and appears to be the same truck in both shots, albeit with different plates. The trucks have the same blue 161 sticker in the window, which we haven’t seen on any other lightnings (they’ve all been yellow).

So, is this just a lightning with a toolbox, or is Ford making progress on their range-extending generator patent? At this point all we can do is speculate, but it would be an interesting development if this technology came to fruition. 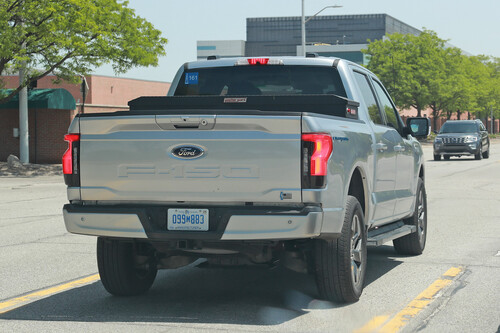