Movers and Shakers: Edelbrock Grand Opening to Celebrate Completion of Next Phase of HQ Renovation, Relocation

Edelbrock Grand Opening to Celebrate Completion of Next Phase of HQ Renovation, Relocation

As part of a multi-million-dollar corporate investment plan, the headquarters of both Edelbrock Group and COMP Performance Group were consolidated to an existing facility in Olive Branch, Mississippi.

Edelbrock Group is celebrating another milestone in its headquarters relocation plan with a dedication and ribbon-cutting scheduled for June 10 at 11:00 a.m. Several dignitaries and guest speakers planned for the ceremony include members of the Desoto County Board of Supervisors; Olive Branch Mayor Ken Adams; Mississippi Development Authority Chief Economic Development Officer Bill Cork; and Edelbrock Group CEO Tim Jones. With an array of show vehicles parked outside, dignitary and media tours are available. There is also a special guest appearance from six-time IHRA World Champion and current NHRA Top Fuel driver Clay Millican, who will fire up his dragster to dedicate the building.

Edelbrock Group was formed in 2020 after merging two automotive aftermarket racing and performance companies: Edelbrock LLC and COMP Performance Group (CPG). As part of a multi-million-dollar corporate investment plan, the headquarters of both companies were consolidated to an existing CPG facility in Olive Branch, Mississippi.

The project’s first phase completed last year included transitioning many positions, machinery and manufacturing from Edelbrock’s California headquarters to Olive Branch. The second phase began in October 2021 and was recently completed in May 2022. It included the build-out of offices and a complete remodel of the second floor, making way for the relocation of the marketing, product management, sales and customer service divisions from offices in Memphis, Tennessee.

The Grand Opening festivities will conclude with a Celebratory Cruise-In Sunday, June 12, from 2:00 p.m.–4:30 p.m. outside the new HQ building. During the event, guided tours will be offered to a limited number of registered guests. The GO Cruise-In is timed to precede the first stop on the Hot Rod Power Tour, being held at Tiger Lane at the Memphis Fairgrounds on Monday, June 13. The Edelbrock Group event trailer will be on display at the event and a special company-sponsored Hot Rods on Beale Street Cruise from Tiger Lane to Beale Street is planned for that evening. For more information about any of these events, contact Trent Goodwin at tgoodwin@edelbrock.com.

Mullen Automotive Inc. has announced that David Michery, CEO and chairman, will be featured on Benzinga’s “All Access Series” on Friday, June 3, at 11 a.m. (EDT). Benzinga’s “All Access show” is a hub for discovering the latest trending stocks and investment opportunities and where individual investors get front-row access to live CEO interviews, due diligence presentations and Q&As with company leadership. Michery will begin his interview with host Spencer Israel at 11 a.m. (EDT). Michery’s previous interview with Benzinga was on March 30, and drew in viewers from around the world to watch his one-on-one fireside chat interview.

Mullen recently announced the “Strikingly Different” U.S. Test Drive Tour, covering 19 cities across the United States. The tour will begin this fall in Southern California and work its way throughout the United States. Further details can be found here, or place your Mullen FIVE reservation here. 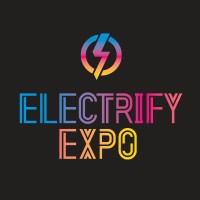 “We have big plans to expand our industry-facing events, education, and media channels with the leadership and expertise from Peter’s 20-plus years in the trade show and media business,” said BJ Birtwell, Electrify Expo Founder and Executive Producer.

Recently, MacGillivray expanded Electrify Expo's ‘Industry Day’ in both Long Beach and Austin, adding a full day of networking, programming and industry leadership to the schedule, including breakout sessions for the auto- and micro-mobility categories.