Dave McClelland, 85, the voice of the NHRA through the ’70s, ’80s and early ’90s, both on television and at the racetrack, passed away May 22 of natural causes. He was surrounded by his family at the time of his passing, which was quiet and peaceful. 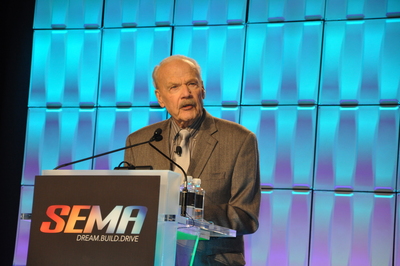 For many years, Dave McClelland served as emcee for the annual SEMA Awards Gala and SEMA Show Banquet.

McClelland, whose skills, talent, and charm reached all corners of the motorsports world and was always everyone’s first choice as an emcee—including several years as emcee for the annual SEMA Awards Gala and SEMA Show Banquet—was honored with hall of fame enshrinements and awards that spanned his more than 60 years in the broadcasting business. He was inducted into the SEMA Hall of Fame in 1994. 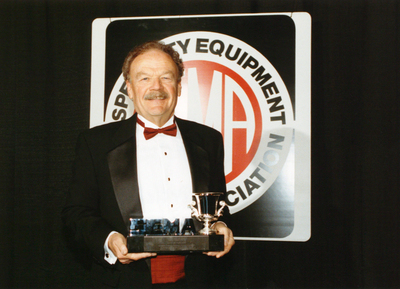 McClelland was enshrined in the SEMA Hall of Fame in 1994.

Away from the microphone, McClelland’s motorsports career runs the gamut from track operator to founder of the Super Chevy shows to serving as the NHRA’s director of communications. He has been involved with drag racing since 1955; a racer himself, his dragster is in the NHRA museum. Additionally, he has served on the board of directors and as chairman for Racers for Christ, and was a recipient of the SEMA Industry Icon Award and the Car Craft All-Star Drag Racing Team Award, as well as the NHRA Good Hand Award, Don Prudhomme Award, Texas Associated Press Broadcasters Association Award and Goodguys Hot Rod Hero. 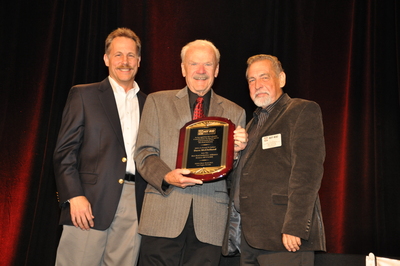 McClelland was inducted into the SEMA Hot Rod Industry Alliance (HRIA) Hall of Fame in 2012.

Services will be private, but a celebration of life is being planned. In lieu of flowers, please consider a donation to Racers for Christ or the Drag Racing Association for Women (DRAW).