Spy Shots: Audi A6 E-tron Caught Getting in Some Ring Time 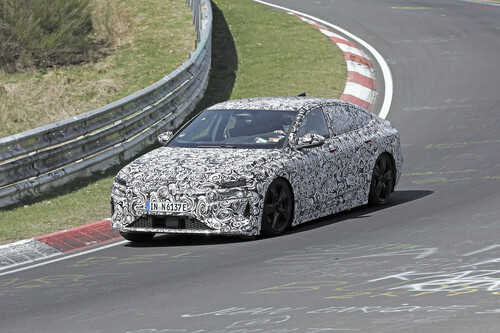 Audi is working on an all-electric A6, which is expected to be called the A6 E-tron, and it is even set to be offered in a wagon body style. The latter has been teased in concept a couple weeks ago, but our spy photographers have now caught the production version of the sedan on the German Nürburgring race track.

While this is only the second sighting of a prototype, it still reveals a few things despite being covered in camouflage. First, the headlights have an entirely different design from what can be seen on the A6 today. Instead of a single element headlight, the A6 E-tron prototype comes with split headlights.

The concept behind the A6 E-tron had a sleek look, and it was unveiled back in April 2021. It had a sloping roofline, as well as a fastback design for its rear, which will be interesting to see in production form.

If you look at the prototype, the model is impressively close to the concept if we consider shape alone, while the split headlight part is the biggest surprise in that department.

The upcoming Audi A6 E-tron is set to be built on the new PPE platform, which it will share with the future Porsche Macan EV, but also with the Q6 E-tron, not to mention other models from Audi and Porsche that we know nothing about today. 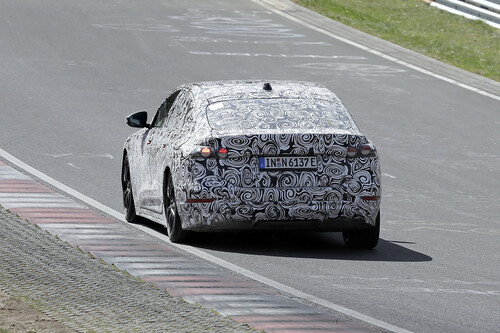