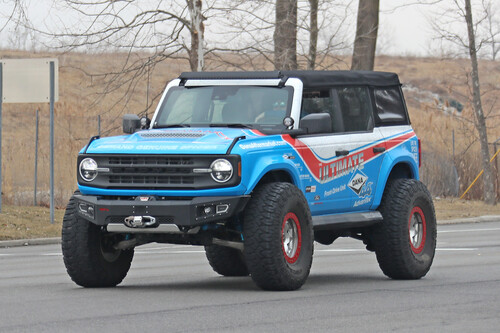 This wild Ford Bronco was built by Ford Performance from the OEM suppliers catalog.

The Ford Performance Bronco is a four-door Bronco built to the gills with exterior and mechanical upgrades galore. The Bronco appears to be somewhat of a tribute to early ’90’s Rough Rider’s Off-Road Racing Team. Its bright blue livery and branding is enough to attract attention, but the tall and wide stance makes it a real head turner.

Ford is expected to showcase the Bronco at upcoming events and auto shows. 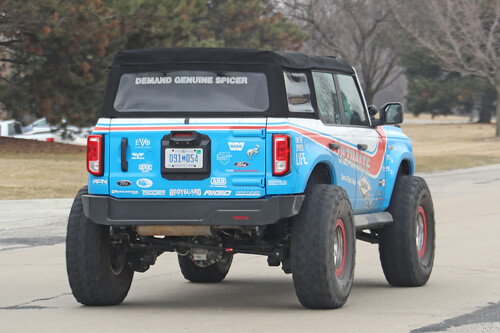