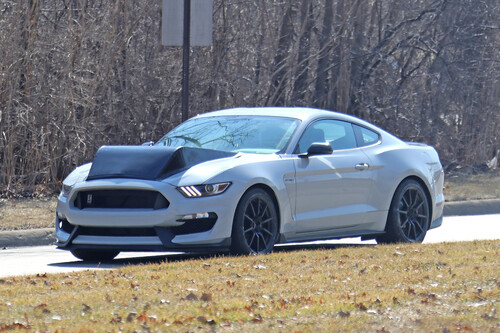 We just caught a rather bizarre Ford Mustang prototype. The model is an S550-generation Shelby GT350, but with one caveat: the hood, which is one of the strangest setups we’ve ever seen.

It features a massive raised section that peaks toward the front before tapering down in both directions. The purpose of this hood configuration is unclear, but it’s possible that the model is a powertrain mule for the upcoming S650 Mustang, and the hood was a makeshift approach to test a new powertrain setup. What this GT350 mule could be packing is anyone’s guess, but in 2011 we saw a Mustang with a similar hood setup, which turned out to be a Cobra Jet.

Other than that, the prototype appears to be identical to the S550 Shelby GT350. 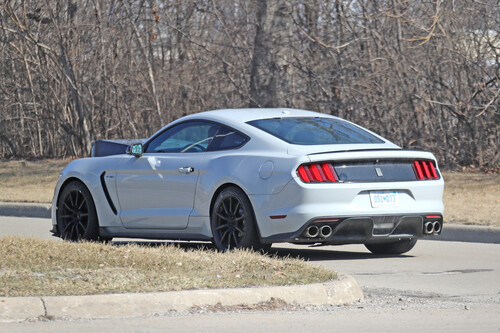