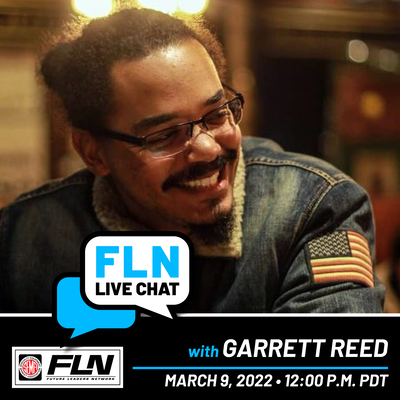 SEMA members are invited to connect with Garrett Reed, founder and content creator of @AmericanMuscleHD, during the SEMA Future Leaders Network (FLN) Facebook and Instagram live chat, “Follows to Futures: Building a Business via Social Media,” March 9, at 12:00 p.m. (PST).

Since starting @AmericanMuscleHD on Instagram about nine years ago, the account has garnered almost 2.3 million followers and Reed has become one of the most recognizable names in the industry. From his humbled beginnings, he now works with some of the best aftermarket brands as well as the Big Three Detroit automakers.

Reed feels blessed to have started in the social-media scene as influencers were just emerging, as it has allowed him to separate himself from what is now a saturated market. He now looks forward to what the future holds and how he can continue to contribute to this amazing industry that has welcomed him. Tune in to the live chat directly on the FLN Facebook or Instagram accounts on March 9.