The new partnership will see the Gas Monkey Garage logos and brand adorn outright lap record holder Hickman’s BMW M1000RR in the Superbike, Senior and Superstock races at the TT, which makes its return to the calendar after being absent in 2020 and 2021 due to the COVID-19 pandemic. With five wins and 14 podiums between 2017 and 2019, as well as the outright and Superstock lap records, 34-year-old Hickman—who still holds the fastest Newcomer lap around the Mountain Course—will go into the meeting as the undoubted favorite for honors.

Watch the full episode of this partnership come to life on Gas Monkey’s YouTube Channel.

The Trans Am Series presented by Pirelli has announced new leadership for its Driver Orientation Program. Following the upcoming retirement of Terry Earwood, who has managed the program since its inception, Ernie Becker will be at the helm of the curriculum, which aims to assist SVRA crossover drivers and series newcomers both on and off the race track. Becker has previously participated in the series with Class Auto Motorsports as team manager, driver development coach, and test driver from 2016 to 2018. The 2022 Trans Am Series season kicks off at Sebring International Raceway on February 24–27. For more information, visit gotransam.com. 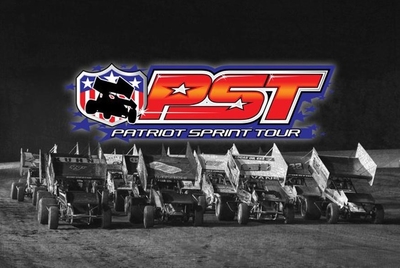 Officials with the A-Verdi Storage Containers Patriot Sprint Tour have announced its schedule for 2022. The point fund will pay out a guaranteed $20,000 cash to the top five finishers in points in honor of the series’ 20th anniversary season. After a two-year hiatus, the season will kick off at the New York State Fairgrounds in Syracuse, New York, for the 34th annual Syracuse Motorsports Expo, March 11–13. Next will be the annual Outlaw Spring Nationals at Outlaw Speedway. The event will pay $4,000 to the winner on Friday, April 15, and marks the first of five trips to the Dundee, New York-based oval. Click here for the complete schedule.

Previous and current NASCAR Cup Series drivers have formed the Drivers Advisory Council, which former competitor Jeff Burton will lead, according to published reports. The council has a collective goal to “move the sport forward and conduct positive change.” The Board of Directors includes Kurt Busch, Austin Dillon, Denny Hamlin, Corey LaJoie, Joey Logano, Kyle Petty, and Daniel Suarez. The initiative marks the second iteration of a drivers council, including one in 2015 and another in 2018. Burton stated the key to making this new council work is to “have someone on the outside that can help. There are conversations that the drivers don’t have to be involved in. They can [meet] with me, then I can go have the lengthy conversations,” Burton said, according to published reports.

The WISSOTA Promoters Association has announced Rod Lindquist as the interim executive director during its search for a permanent position. He will officially start on March 1. Lindquist brings years of motorsports and business experience. He was a former WISSOTA Late Model sponsor, car owner in several racing series, primary sponsor in the former ASA Midwest Tour, and sponsor in NASCAR for former NASCAR driver and car owner Stanton Barrett. Lindquist replaces Carson Gramm, longtime WISSOTA executive.