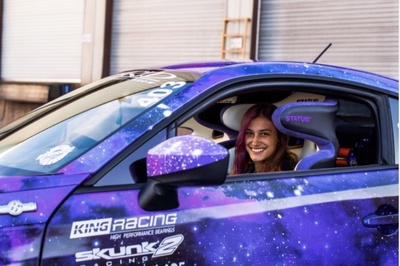 Crayton is a 21-year-old social-media influencer and dual-sport driver. She started bracket racing at 18 and in the past three years, has made a large impact in the automotive world, including being named Import Face off Bracket champion, featured on “All Girls Garage,” obtaining her 7.50 NHRA License and finishing in the top 10 of SEMA Battle of the Builders Young Guns division at the 2021 SEMA Show.

With more than 550,000 followers on TikTok and 20 million views of car-builder content, Crayton is a force to be reckoned with on and off the track.