Save Our Racecars Night seeks to grow interest and membership in PRI and to build grassroots support for the vital Recognizing the Protection of Motorsports (RPM) Act 2021 (H.R.3281/S.2736). The RPM Act is a bipartisan bill in the U.S. Congress that protects Americans’ right to convert street vehicles into dedicated racecars by clarifying in federal statute that it is legal to make emissions-related changes to a street vehicle for the purpose of converting it into a dedicated track vehicle used in motorsports competition. The bill also enshrines in law the racing industry’s ability to produce, market and install parts and equipment that enable racers to compete.

“The RPM Act is essential to racing and we are determined to pass it in this Congress,” said Dr. Jamie Meyer, president of PRI. “We are thrilled to sponsor Save Our Racecars Night to highlight this important issue that affects all racers and racing enthusiasts. I ask racers and race fans to head to saveourracecars.com and urge your lawmakers to take action.”

PRI is leading the effort to pass the RPM Act, which is crucial to the future of motorsports. Competition and performance rights are under threat from those who want to attack those freedoms through government overreach and interference. PRI will be on site at Wenatchee promoting its individual memberships, and individuals can sign up or learn more about them at performanceracing.com.

Ford Performance has revealed plans for its all-new Mustang GT3 raceccar that will compete in the International Motor Sports Association (IMSA) 2024 race season, including the 24 Hours of Daytona. The new Mustang GT3 racer will be powered by a Ford 5.0L Coyote-based V8 engine developed by Ford Performance and built by long-time racing collaborator and world championship winning team M-Sport of Cumbria, England.

The effort will be a joint program between Ford Performance and long-time racing collaborator Multimatic Motorsports. It will feature both a two-car factory-backed IMSA GTD Pro works team managed by Multimatic and customer Mustang race cars for the GTD class starting at Daytona in 2024. The two organizations have a rich history in the FIA World Rally Championship and recently collaborated on developing and preparing the Ford Puma Hybrid Rally1. For more information, visit performance.ford.com.

The 49-page digital event commemorative program previews the show and salutes the 2021 SCORE point champions in text, images and embedded videos. It is available on the SCORE website and at 2021SCOREAwardsdigitalprogram.

SCORE Off-Roadsman of the Year awards were officially presented in 14 categories, along with the 55 winners of the Rod Hall SCORE Milestone Awards, presented by VP Racing Fuels, as well as the overall and class point champions of the pandemic-abbreviate two-race 2021 SCORE World Desert Championship. The streamed event, with Rat Sult as the host once again, was also a celebration of 48 years of SCORE championship desert racing.

A week-long drag racing event billed as the “hardest vacation you’ll ever take” is coming to Florida and Georgia for the first-ever Sick Week presented by Gear Vendors Overdrive on February 7–11 (with testing on February 6). The event will see 350 competitors race at four different NHRA-sanctioned venues over five days, driving between each track on public roads for the ultimate test of a street car. Entrants cannot use transporters or support crews; they must race with what they can tow in a small trailer.

Both the race entries and the Sick Week have already sold out. The event has attracted entries from all over North America, including influencers Cleetus McFarland, PFI Speed, Derek Bieri from Vice Grip Garage, Alex Taylor, Kevin Smith of KSR Performance & Fabrication, Cooper Bogetti and Steve Morris. For more information, visit sickthemagazine.com/sick-week or nhra.com. 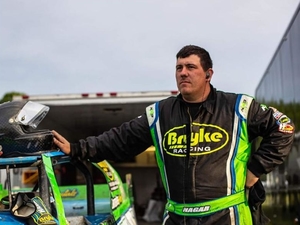 Matt and Josh Martelli, promoters of the Mint 400 off-road race, have announced a new off-road desert race named The California 300. The California 300—set for October 12–16—will feature 40+ classes and will take place on a newly mapped 75-mile race course for a four-lap race in Barstow, California. The event will include an off-road festival, pre-running and a public poker run, followed by Limited class and UTV World Championship racing before wrapping with Class 1, Unlimited Truck SPECs, Unlimited Trucks and more.

The Martelli-owned Mad Media will provide media coverage of the event. The announcement comes from the Martelli Brothers after more than a decade of promoting and producing two popular off-road desert races, The Mint 400 and The UTV World Championship. Racer registration and more details will be announced in the coming months. For more information, visit off-roadracer.com.