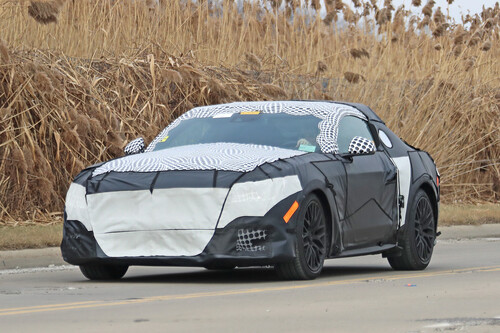 This is the upcoming ’24 Ford Mustang GT undergoing testing, providing some key details about the S650-generation pony.

The prototype is draped in heavy camo, and even wears some fake padding above the rear window. Even so, we can still make out a few key items about this model, including the fact that the pony will keep the same general dimensions, long hood, short trunk and stout nose aesthetic of the current model.

The black wheels are very similar to a set of units offered by the current Mustang GT, and the rear end features a set of quad exhaust tips. However, since this model is wearing EPA exhaust tips, the quad exhaust tips are collected into a dual-exhaust setup for the sake of testing.

The interior is draped in camo, but we can clearly see the steering wheel from the current S550 model with the Bullitt logo. Like the exterior wheels, this steering wheel is likely a parts bin item that is used for testing purposes until the production-intent wheel is ready.

The S650 Mustang is set for a ’24 model-year launch, one model year later than originally anticipated, and is expected to be an evolution of the current S550 model. 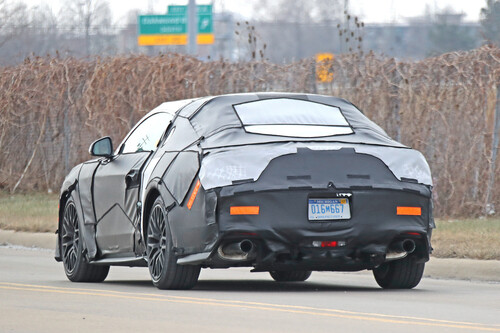