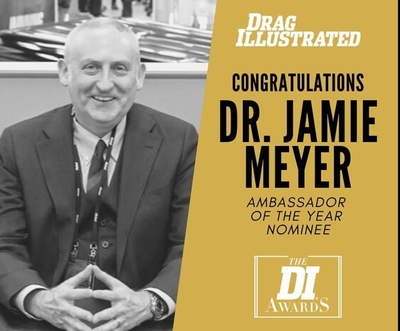 Drag Illustrated, the drag-racing magazine and content producer, has announced the nominees for the inaugural Drag Illustrated Awards. PRI President Dr. Jamie Meyer has been nominated in the “Special Award for Ambassadors to the Sport of Drag Racing” category for PRI’s advocacy and membership efforts to support the sport of drag racing. He appears alongside Brian Lohnes, Clay Millican, Ron Capps and Jim Hughes.

“Our editorial team spent a lot of time narrowing down these categories and choosing the most deserving nominees,” said Wes Buck, founder, and editorial director, Drag Illustrated. “We tried to cover as many bases as possible by highlighting the people, places, and experiences that made 2021 such an incredible year for the sport of drag racing.”

A selection committee will determine the winners, which will be announced during Drag Illustrated’s DI Awards Show live streamed on Thursday, February 3, at 6:30 p.m. (CST) on its Facebook and YouTube pages. The winners will also be featured in the new Racer of the Year Issue launching in early February. For more information, visit dragillustrated.com.

BOOST Products USA has experienced many changes throughout its supply chain, most notably, an increase in the cost of raw materials and shipping and logistics. Despite these changes, the company has been able to keep its prices the same, or at worst, up to 15%. All price updates are effective January 1, and have been updated throughout the SEMA Data channels. The company has also implemented steps to ensure even higher-quality product data available through SEMA Data, including more robust descriptions and product images. For more information, contact Tim Trampedach at tim@boostproductsusa.com.

PROJECT X, a new innovator in the off-road lighting solutions space, has announced the promotion of Jared Chavez to director of brand development and the addition of two industry veterans, Matt Moghaddam and Shawn Bell, to the marketing and sales leadership teams. 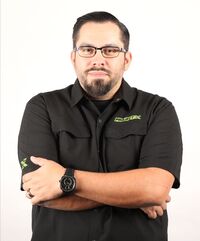 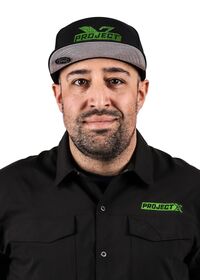 Moghaddam brings years of industry marketing experience, working for brands including MagnaFlow, Nitto Driving Line and Automotive Performance Group (APG) Offroad. His expertise in content development, event activation and marketing strategy will be crucial to the high-growth expectations of the PROJECT X brand. 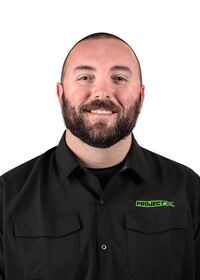 Leading the sales charge for PROJECT X is Bell, who has spent more than a decade in the aftermarket automotive industry, as both a salesman and an enthusiast. His wealth of experience, relationships and enthusiasm for the off-road industry help round out the 2022 Q1 PROJECT X leadership team.

The Jessi Combs Foundation (JCF) has announced its first corporate partnership with Warn Industries—one of Combs’ longest running partners. Warn, in addition to making a direct financial commitment to help grow the JCF Scholarship program, is also contributing significant logistical and in-kind resources to The Jessi Combs Foundation for 2022. In total, $70,000 worth of scholarships have been awarded to 14 women since the foundation’s inception in 2019, and with Warn’s support, the JCF hopes to make greater contributions in 2022. 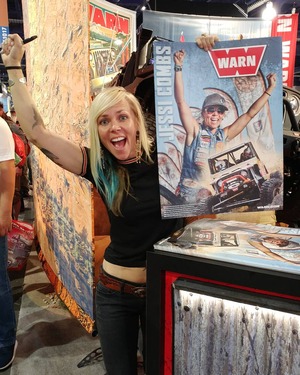 Warn, in addition to making a direct financial commitment to help grow the JCF Scholarship program, is also contributing significant logistical and in-kind resources to The Jessi Combs Foundation for 2022.

“To have Warn commit to support the JCF is an absolute win for all and we know Jessi is smiling down, giddy with joy” said Kelly Combs, Jessi’s brother and JCF Board member. “Warn was one of Jessi’s biggest and longest-running partners, and as they did with her, they have quietly stood behind us since day one. We’re thrilled to have them on board as our first official corporate sponsor!”

“The Warn team is proud to support the Jessi Combs Foundation. Working closely with Jessi for a number of years, she had a profound effect on many members of our team. We believe in the work the foundation is doing and are honored to be part of it” said Jake Petersen, Warn’s vice president of product and marketing.

The mission of The Jessi Combs Foundation is to Educate, Inspire and Empower the next generation of trailblazing and stereotype-breaking women. A guiding principle to this mission is a simple question “What Would Jessi Do?”

Ammerman recently celebrated his 10-year anniversary at Quadratec and formerly helmed the company’s video department and YouTube channel. Additionally, he headed Quadratec’s YJL project vehicle build that was a ‘Battle of the Builders’ nominee at the 2021 SEMA show. He will be responsible for designing, framing and driving Quadratec’s creative efforts to ensure a consistent end-to-end brand experience on the company’s digital and print platforms.

BorgWarner has announced its investment in Qnovo, a privately held, Silicon Valley-based software and controls company.

“BorgWarner sees a great opportunity with our strategic investment to collaborate with Qnovo, allowing us to leverage its advanced battery management software in our electrification portfolio,” said Harry Husted, chief technology officer of BorgWarner. “We look forward to partnering with Qnovo as they enter the automotive industry to provide battery solutions to the electric vehicle market.”

“We’re constantly working on improving the customer experience with all of our brands from our live events to their experiences in the digital space. By upgrading our websites we’re focusing on bringing NMRA and NMCA events to an even higher level of exposure, making it easier for racers and fans to find information and relevant news about our events, and give our sponsors and advertisers the best digital package,” said Steve Wolcott, ProMedia’s founder and CEO. “For more than 20 years, our company’s digital strategy has always included strong websites featuring compelling content and valuable event information. We think you’ll you be impressed as we continue to push harder into the latest design, improving the customer experience even more.”

The three brands—NMRAdigital, NMCAdigital and Race Pages—reach hundreds of thousands of unique visitors yearly through exclusive content including news, features, videos and the latest racing/performance technology. The NMRAdigital and NMCAdigital sites serve as the official landing pages for national events and include all information a racer or fan needs from special features to daily schedules, rules, payouts/contingency, directions and ticketing information. The event coverage includes daily news from each stop on tour, photo galleries and complete qualifying and elimination results.

Bonnier Corp. has hired Steven Olsewski as the editorial lead for its motorsports brands. Olsewski, who has a long history of content creation within the market, will oversee editorial-content creation as Bonnier expands its offerings within key motorsports segments. He previously served as editor of Power Automedia’s leading brands, Off Road Xtreme and Diesel Army, and more recently was the driving force behind Off-Road Assassin.

Lamborghini has announced Maurizio Reggiani as vice president of motorsports. Reggiani will be responsible for the strategic direction of Lamborghini’s entire motorsports division, which secured victories in GT championships in recent years. Lamborghini has also appointed Rouven Mohr as the chief technical officer.

Longtime Speedway Motorsports executive Don Hawk has been announced as the new CEO for the Superstar Racing Experience (SRX), the racing series launched by three-time NASCAR Cup Series champion Tony Stewart and fellow NASCAR Hall of Famer Ray Evernham in 2021. In his new role, Hawk will be responsible for the strategy, operations and business development, including media, sales and marketing, personnel, track relationships, rules, safety, international expansion and more, as reported by AP News. Hawk began his tenure with Speedway Motorsports in 2007 and held positions including chief racing development officer and vice president of business affairs. Prior, he served as a consultant and director of regional racing development for NASCAR.

NPW continues to expand with their acquisition of Jim’s Auto Parts. Jim’s, owned by Jim Arpin has been in business since 1962 and is the last of the Broward Group of stores that is now under NPW management. The Broward Group was the largest independent group of auto parts stores in South Florida. Jim’s Auto will continue to fly the Bumper to Bumper banner.