Star drivers and pioneering new hybrids delivered a high-voltage introduction to the 2022 FIA World Rally Championship as the covers came off the WRC’s ground-breaking new Rally1 cars from the three manufacturers. The gathering took place for the first time at Hangar-7 in Salzburg, Austria. 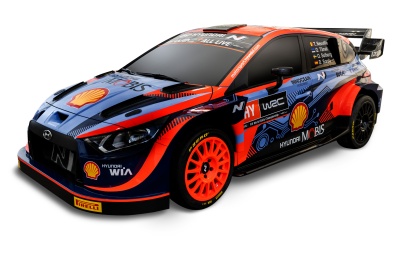 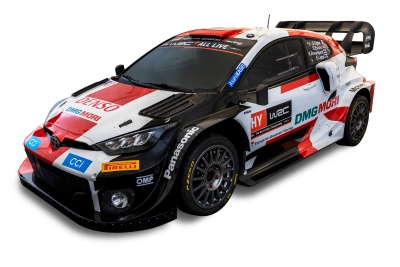 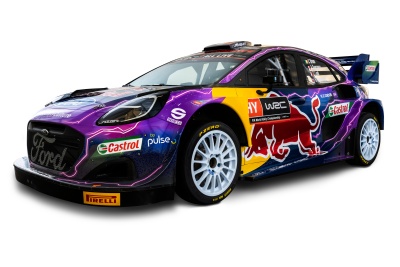 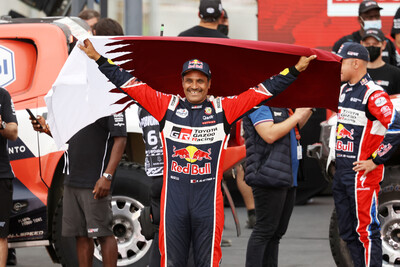 Nasser Al-Attiyah on the Toyota GR DKR Hi-Lux T1+ of the Toyota Gazoo Racing during the podium of the Dakar Rally 2022 around Bisha, January 14, in Bisha, Saudi Arabia.

Al-Attiyah and navigator Mathieu Baumel (France) in the Toyota Hi-Lux T1+ took the lead on the first day and kept the top spot until the end for the Qatari driver’s fourth Dakar title and his first in Saudi Arabia. Al-Attiyah was pushed all the way by nine-time WRC winner Sébastien Loeb (France), who claimed his third Dakar podium finish, while Carlos Sainz (Spain), Stéphane Peterhansel (France) and Mattias Ekström (Sweden) all steered their electrical drivetrain-powered Audis to at least one stage win.

Both Giniel De Villiers (South Africa) and Kuba Przygoński (Poland) eventually had to settle for fifth and sixth respectively with Cyril Despres (France) getting more miles under his belt for his ambitious Gen-Z project—which hopes to return with a fully hydrogen-powered car—and a successful debut on four wheels for Laia Sanz (Spain) as she finished her 12th consecutive Dakar.

Lopez (Chile) made it back-to-back side-by-side victories by following up last year’s T4 triumph with an overall win in this year's T3 category, while Cristina Gutiérrez (Spain) also finished on the podium in third giving the Red Bull Off-Road Junior Team their first ever top-three result at the Dakar.

Sunderland (Great Britain) once again became champion, recapturing the title that he first won in 2017—the Dubai-based biker delivering GasGas their maiden Dakar victory as he becomes the first biker to win with different colors since Richard Sainct (France) did it two decades ago.

The 2022 NHRA Camping World Drag Racing season will see another familiar face in the Top Fuel ranks as fan favorite and 2018 US Nationals Top Fuel winner Terry McMillen will compete, on a limited schedule, in six to eight national events in 2022. He will continue to support his son Cameron’s junior dragster career. McMillen will race under the Dan Mercier Racing banner.

Dan Mercier Racing purchased the Terry McMillen Racing operation, so the veteran driver will be returning to the same livery that he earned his first No. 1 qualifier at the Dodge Nationals in 2020.

The team will be making further announcements in the coming weeks. The current plan includes possible races at the NHRA New England Nationals in Epping, New Hampshire, the U.S. Nationals in Indianapolis, and the fall NHRA Carolina Nationals at zMax Dragway outside of Charlotte, with additional events to be determined.