VP Racing Fuels Inc. has announced the promotion of Ben Dolan to vice president of marketing. Prior to joining VP, Dolan was director of sales and marketing at holding company UGGM LLC, where he was responsible for the marketing and sales of the company’s five largest divisions, ranging from signage fabrication to diesel mechanics. He has more than 20 years of marketing and sales experience across a broad range of industries.

XS Power Batteries—based in Knoxville, Tennessee—has purchased a building in Knoxville, as reported by Knox News. XS Power Batteries owner Scottie Johnson oversaw the purchase of the Knox News property from the parent company Gannet. XS Power Batteries is slated to move into the first-floor office space in 2023. Johnson also plans to build a nearly 50,000-sq.-ft. facility for manufacturing on the property this year. The company is currently based out of two separate suites totaling 15,000 sq. ft. for its 30 or so employees. Johnson stated that the move is expected to increase the XS Power Batteries workforce to nearly 100 employees within 18 months. Johnson also plans to lease out additional office space on the first and second floors, while all Knox News operations will continue at the facility. Those interested in leasing space within the building can contact info@xspowerbatteries.com. For more information, visit 4xspower.com. 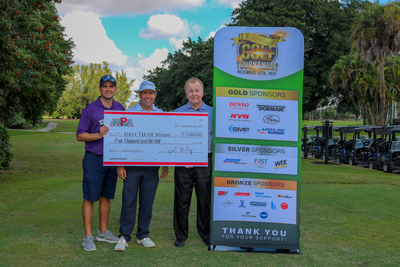 In addition to having more than 100 players from the automotive industry on the links at Shula’s Miami Lakes Golf Course for the National Auto Parts Warehouse 31st annual charity golf event, PGA’s Erik Compton, a Miami native, was there to offer advice, inspire the teams and help improve the players’ handicaps. The event culminated with $6,000 pledged to First Tee Miami. 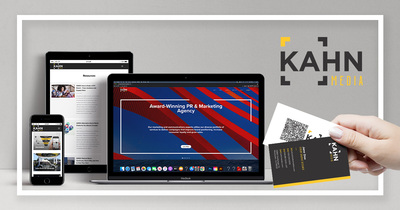 Kahn Media has introduced its new branding and website.

Kahn Media has introduced its new branding and website. In addition to its new website and branding, Kahn Media has also announced a number of strategic staffing changes, additional services and new clients. The new Kahn Media website features a complete archive of the company’s “KM101” educational content that helps inform and educate businesses as well as in-depth case studies that spotlight the results-oriented work of the firm’s award-winning team across its diverse range of clients.

The agency has also announced that it has built a network of 14 Instagram channels that reach more than 1.1 million combined followers in the automotive, classic car, collector car, truck, Jeep, off-road, and luxury-lifestyle markets to which it can promote its clients’ content for additional reach outside of owned and earned media channels. In addition to its “KM Network” of Instagram pages, Kahn Media has also leaned harder into influencer marketing and expanded its content marketing team to included full-time writers, editors, and studio and ambient photographers as well as its digital marketing program to include Facebook/Instagram/Google shopping, Amazon Merchant Services, SEO and a full suite of direct-to-consumer facing services.

Kahn Media has also made several recent strategic hires and staffing changes. Jeff Dillow, a PR agency leadership veteran with two decades of experience in outdoor, automotive, CPG, CSR and crisis communications, has joined the team as an account supervisor leading one of Kahn’s three account teams. Kahn Media has also promoted Russell Stacey to its director of digital marketing, following his six-year track record of continual growth of the company’s digital marketing capabilities and team, and Heather Buchanan to the newly created position of creative project manager.