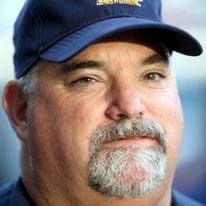 Tire industry veteran Joe Jordan passed away on December 11 due to a heart complications. Jordan was a major driving force behind the Toyo Tires tuner market and Proxes S/T 20-in. and 22-in. larger-diameter tires for use on pickups and SUVs.

Before the movie “The Fast and Furious,” the import-tuner market was a very different scene. During the late ’90s, tire sizes were limited and products were just not available to enthusiasts. A group of overly passionate, fresh-faced individuals wanted to change the mindset of tire size limitations. Jordan, who worked for Toyo Tires at the time, spearheaded this movement. He understood what the market needed, and was willing to hang his career and future on it. He successfully convinced Toyo Tires Japan to invest significantly in tire sizes that never existed, but ultimately did not have a prior placement for the tires.

Toyo listened to Jordan and produced industry-changing sizes—Proxes FZ4 215/15R18, 225/35R19 and Proxes S/T 305/50R20 and 305/40R22. The risk paid off, as these tire sizes changed how the consumer viewed Toyo Tires and is arguably considered the turning point for the brand in the U.S. market. This major industry breakthrough was accomplished by a handful of people that believed in Jordan’s vision.

Jordan was also considered the father of the cost-effective Toyo Tires RA-1 tire, which excelled in performance and embraced the drivers’ demands.

“Joe Jordan convinced Japan to produce the 20-in. size, Proxis ST, but we had to sell 20,000 units,” said Steve French, former Toyo Tires ultra-high-performance sales manager. "I asked Joe what happens if we do not sell the tires? His response, we will be fired.”

Jordan began his career at Yokohama Tires and soon moved into the ultra-high-performance director role at Toyo Tires. After leaving Toyo, Jordan opened a tire store, The Wheel Store, in San Diego. He returned to Toyo a couple of years later for short spell and later concluded his career in the tire industry at Dealer Tire in Ohio before retiring from the tire industry.